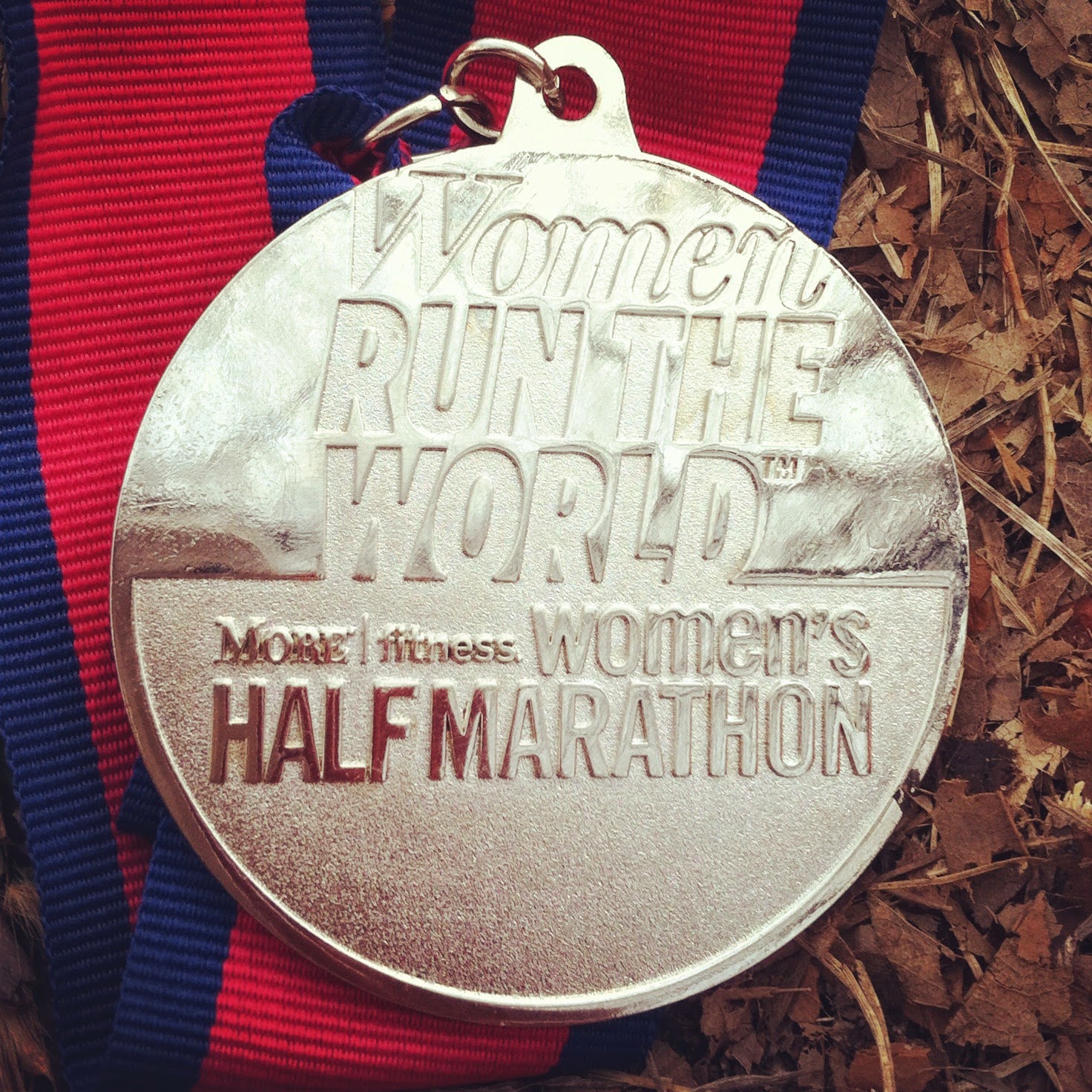 At this point I highly doubt you're shocked that this post is over a week late. But better late than never right? Once again, thanks to the Fitness and More Magazine PR team's for having me be a part of this fantastic event.

On race day I did my usual routine then headed out to the subway which took forever and almost made me late. Since I was doing this race as a fun run I didn't stress it too much. Luckily I got there with about 15 minutes to spare. There were some announcements happening as I arrived but I was too busy getting situated to really pay attention. 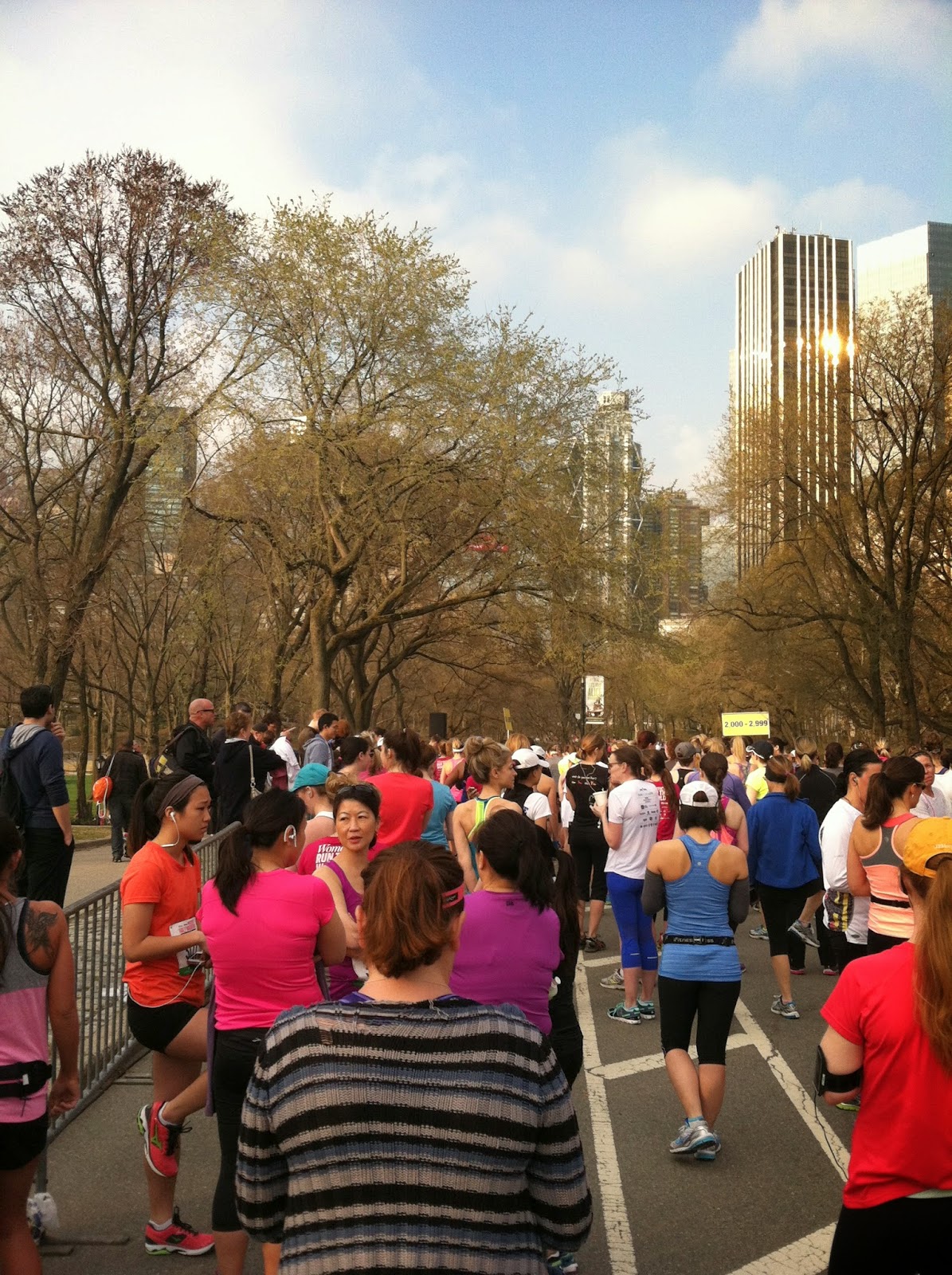 As we began crossing the start line, host Hoda Kotb was all smiles as she waved at us. The start corrals were on the West side so we began running South. It was amazing to be surrounded by so many women practically up before the sun to run this race. Olympian Deena Kastor was there running as well! After the first miles I pretty much decided that I didn't want to be running a race anymore. Great time for that huh?

But I made it to the Harlem Hill and sped my way up it. Right before that at mile 3 I took my first shot block. I usually refuel every 3 miles and use that as a countdown. I felt pretty strong going into mile 6 until I realized I still had to do another loop and a half of Central Park. I made sure to refuel and sip on my hand held as a prepared myself.

I definitely slowed my pace down to something more comfortable but it was hot and I was cranky and I really felt like I was still pushing myself. The hills were for sure getting the best of me. Going up the Harlem Hill the second time was not nearly as easy as the first. I was struggling. I took my last shot block in the middle of the hill so I had enough fuel to finish.

There were many runners in medical tents and ambulances the second time down the West Side so in fear of being one of those girls, I slowed my pace down. Once I passed the start corrals I knew it was basically over and it would be smooth sailing. I kept pace going into the finish area and naturally sprinted across the finish line. 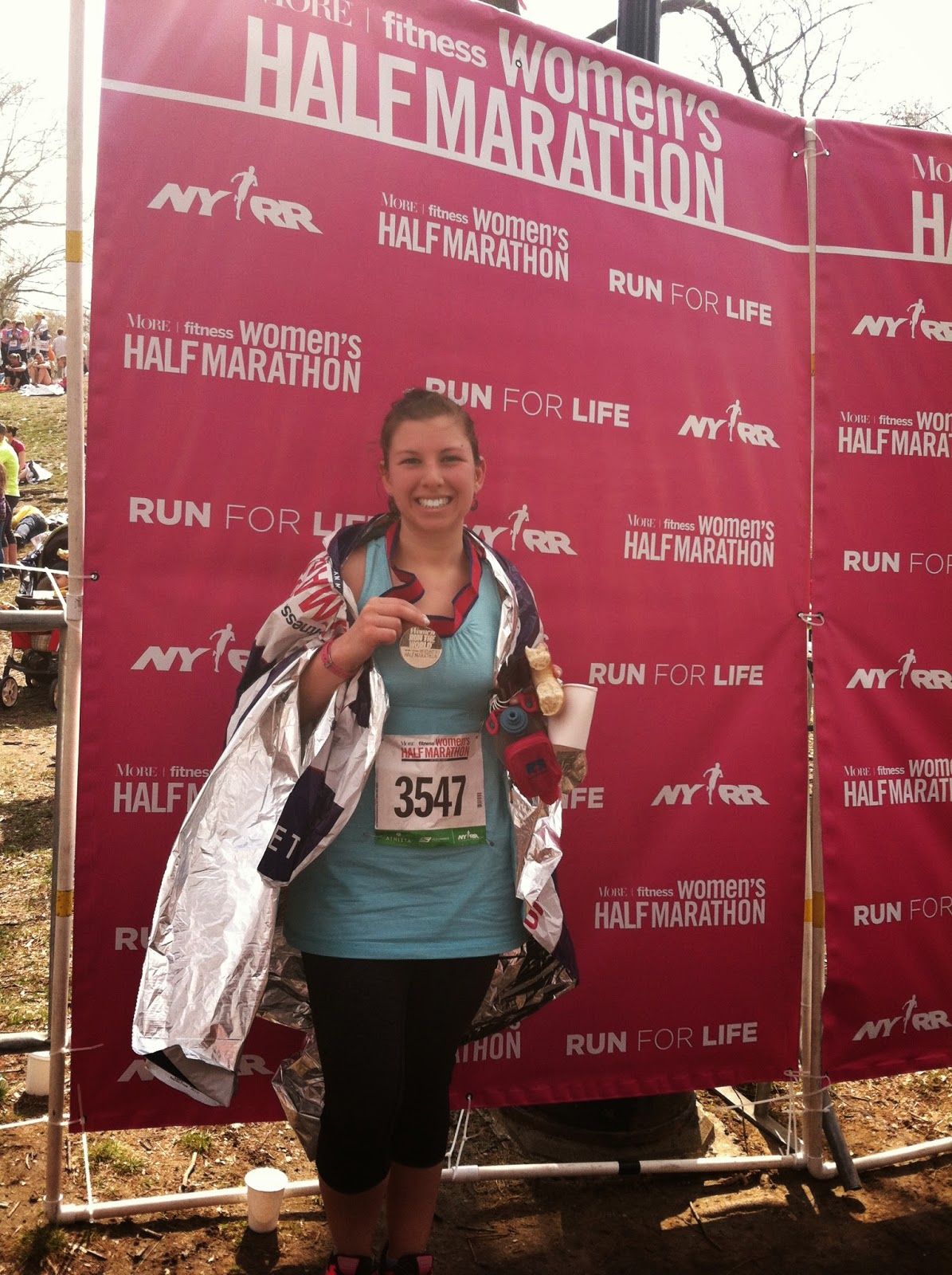 Something I never do is finish my hand held on such long runs but I did well before mile 13 and asked the first medic I saw for water. He was no such help and told me to keep going down the line. Um excuse me I could have been dehydrated sir!!! I got my medal, grabbed 2 cups of Gatorade and 2 cups of water, a bagel and went to go stretch my extremely tired legs out.

While it was definitely an empowering and fun race, it was also VERY challenging. Luckily the energy on the course from spectators was amazing and kept me going. There were some pretty awesome signs that reminded me I get mimosas when I finished.

Oh, I'm also very proud to say that my new "slow" pace is not that slow (at least not to me) at all. I ended up running 9:40 average miles which made me a very happy girl.

A few other highlights:


Congrats to all finishers! See you again next year!

Xo,
Lynette
Posted by Lynette at 8:00 AM