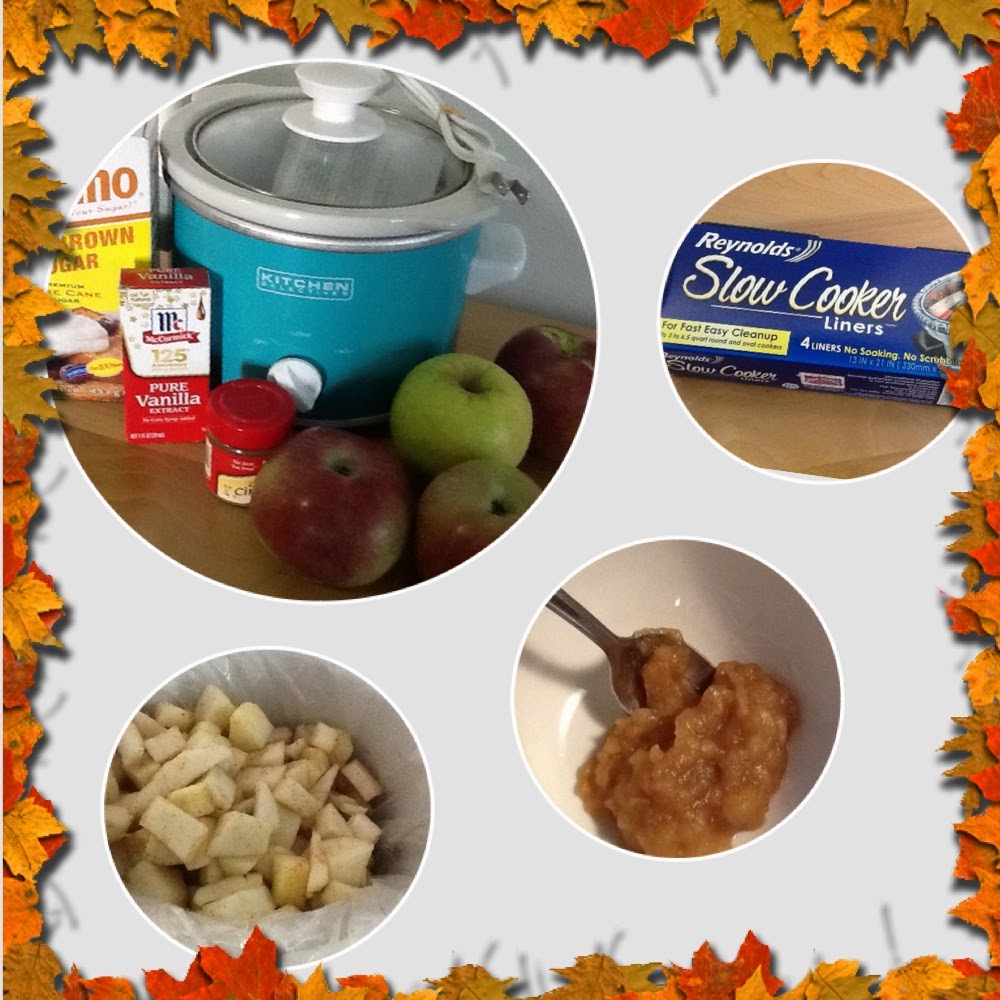 Did you know that October is National Apple Month? Well is is! If you haven't gotten a chance to go apple picking, I suggest doing so before the season is over. I went a few weeks ago and came home with one (OK more like 10) too many apples. Without wanting to waste any, I got to baking. I even gave a few away to Anna and Megan. First I made apple cinnamon crescent rolls (find the recipe in October's issue of Queen's Scene) and brought some for the girls while we watched Nashville. Then I tried my hand at homemade apple sauce in a crock pot. SO yummy! To make a decent amount you need to use more apple than I did, but the small amount I made lasted about 4 days and was so worth it.

Here's the recipe. It is perfect for fall weekends!

Fist, peel and chop those apples up. 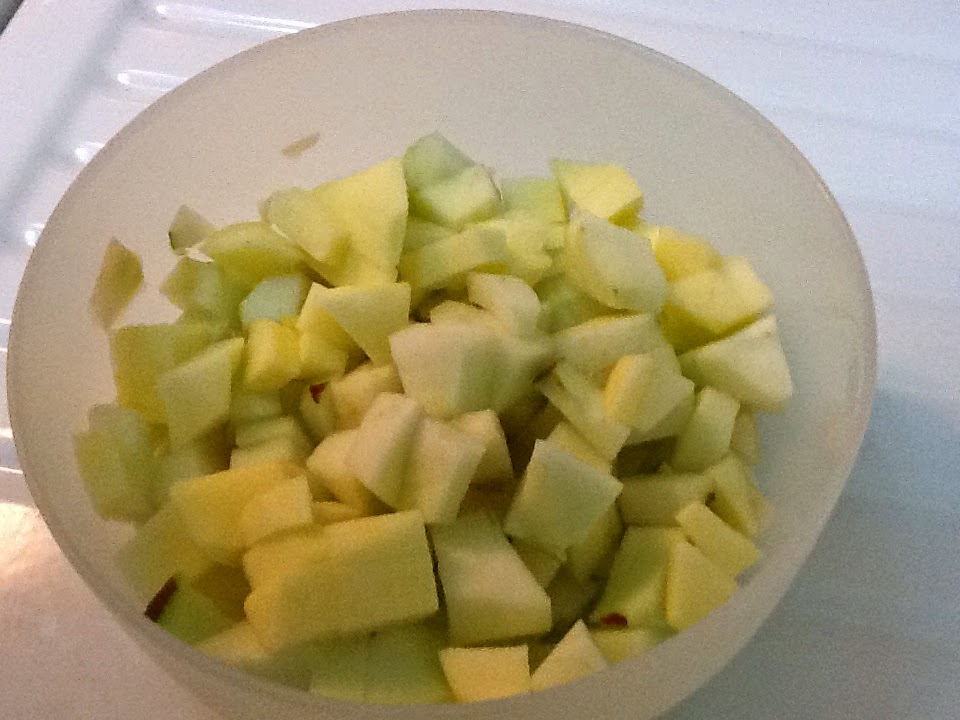 Next, in a separate bowl, combine the water, cinnamon, brown sugar, and vanilla. 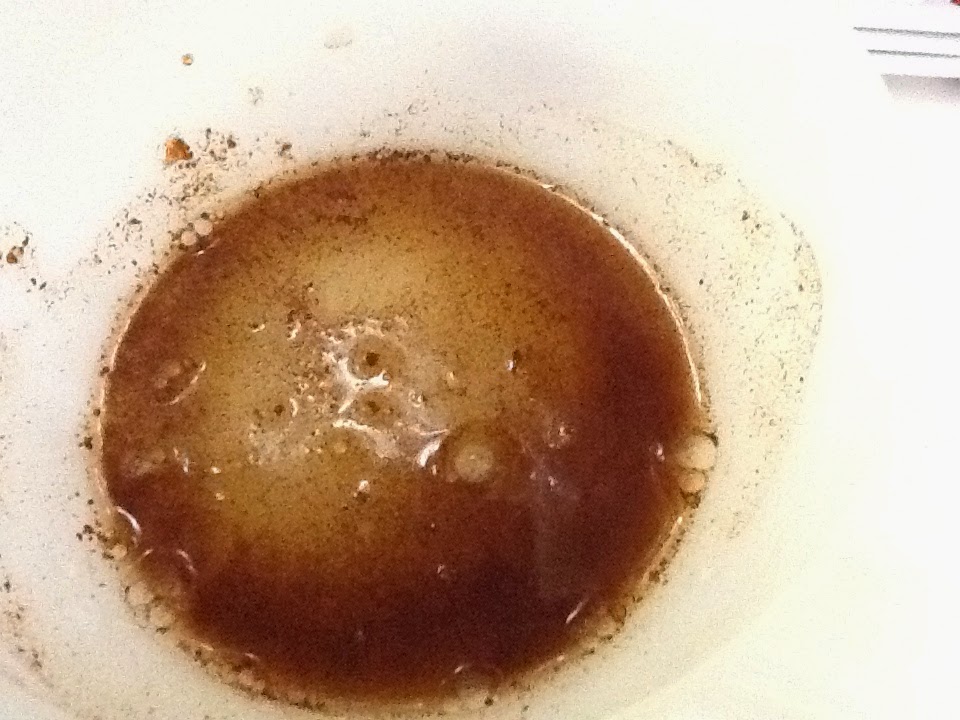 Before I poured the mixture and apples into my crockpot I lined with with one of Reynold's slow cooker liners for easy clean up. 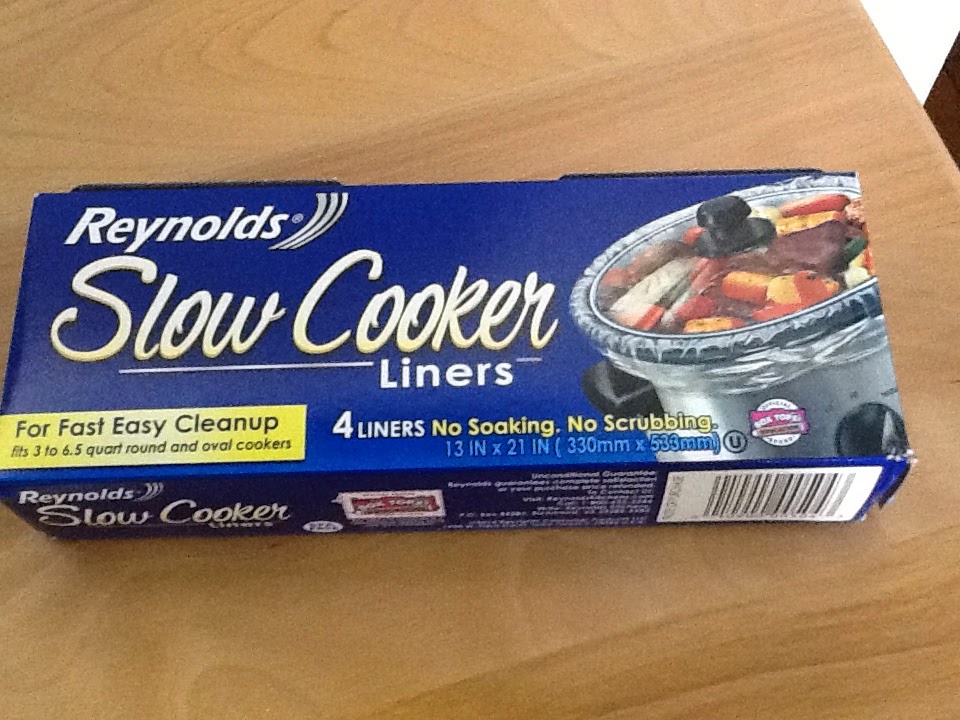 Mix up apples and sauce in the crockpot. 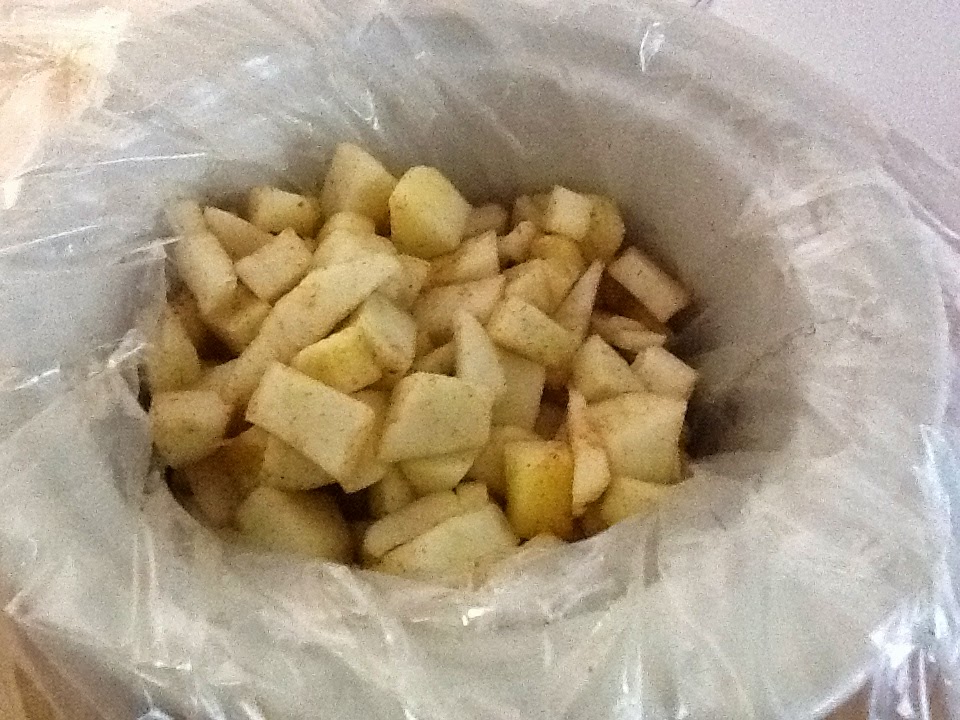 Put the top on and cook for 4 hours on low. I stirred the apples every half hour or so to make sure they were all covered in sauce and to mush them up a bit. 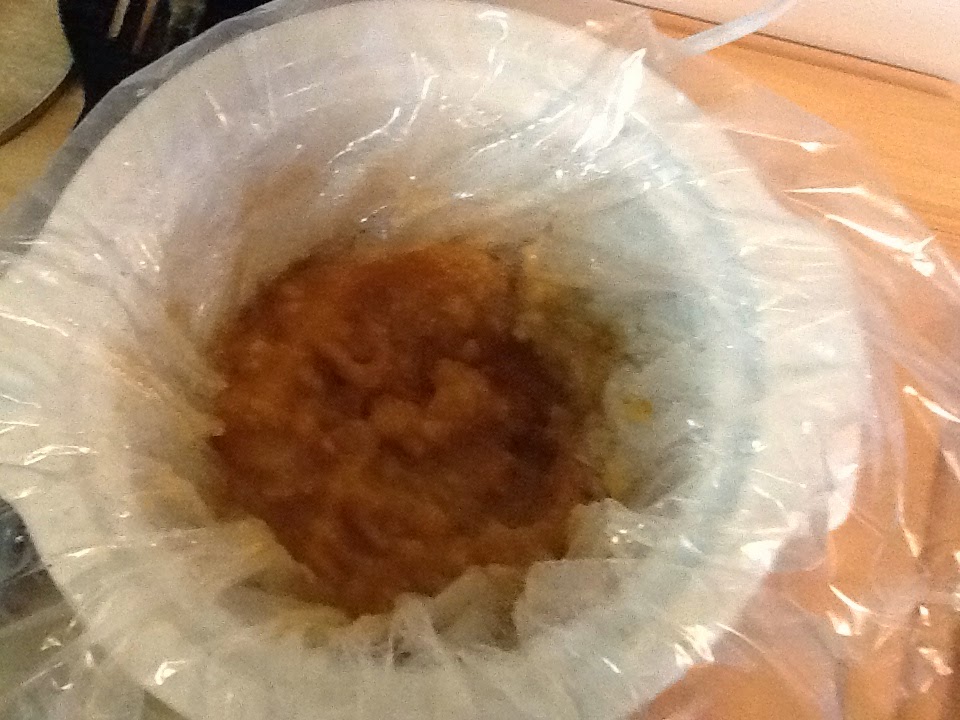 After 4 hours the apples should be super soft. Make sure to mash them up the best you can. I used a spoon with slits in it since I didn't have a mashed potato mixer. 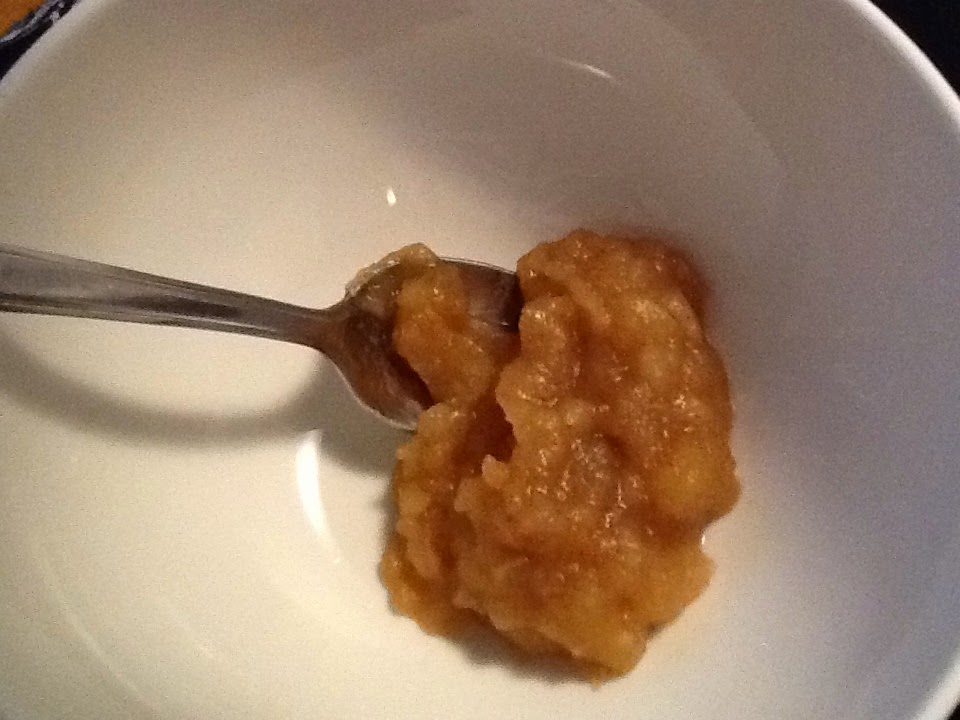 Have you ever made homemade apple sauce? What did you think?