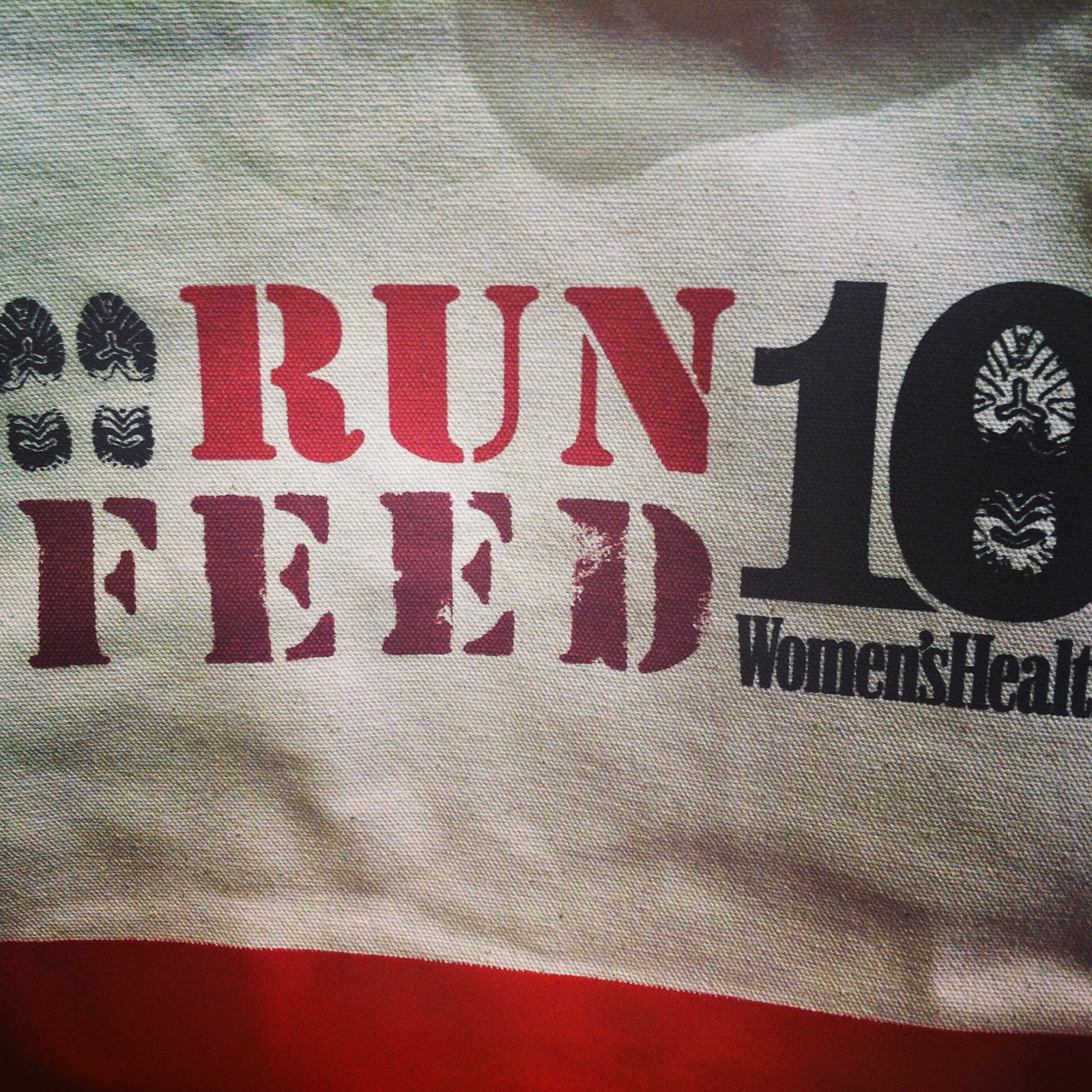 Yes, this is a little late but it's better than never doing it. Two weeks ago on Sunday, September 21, 2014, myself and a couple thousand people ran a 10K up and down the West Side Highway to help fight domestic hunger. Over 3.5 million meals were raised this year! I'd also like to thank those who donated to my funraiser. We raised $200, the most in the past three year! Can't wait to see what we can do next year. 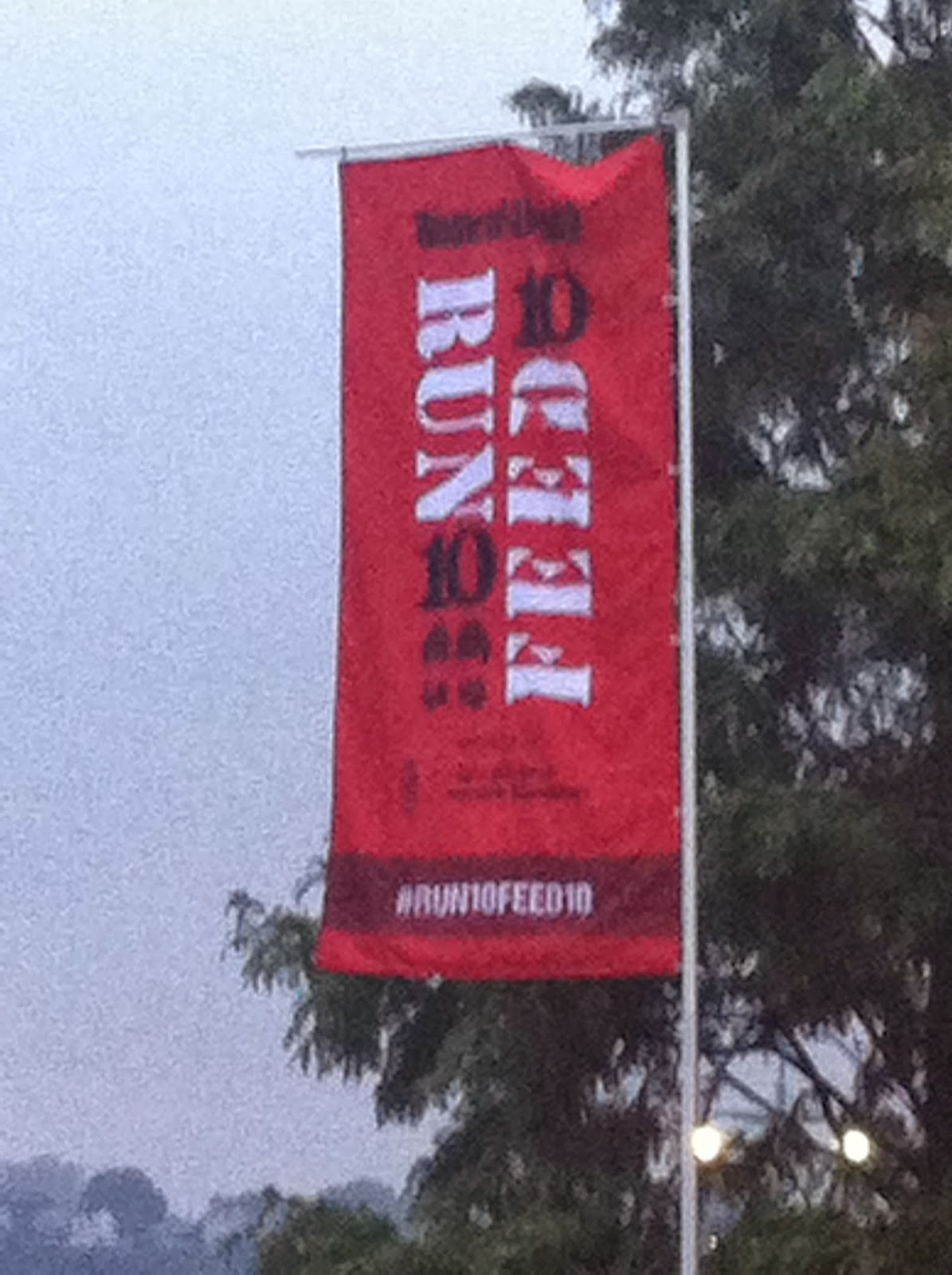 I got there a bit later than I usually do because this year I didn't have to drive! I left my stuff under a bench in the VIP tent so I had easy access to it when I finished. Another reason why this is one of my favorite races? I can still bring my backpack. After that, I was going to hit the bathrooms but the line was forever long, so I went to the start line. It was a little crowded so I couldn't do too many of the pre-race stretching but I got some in. 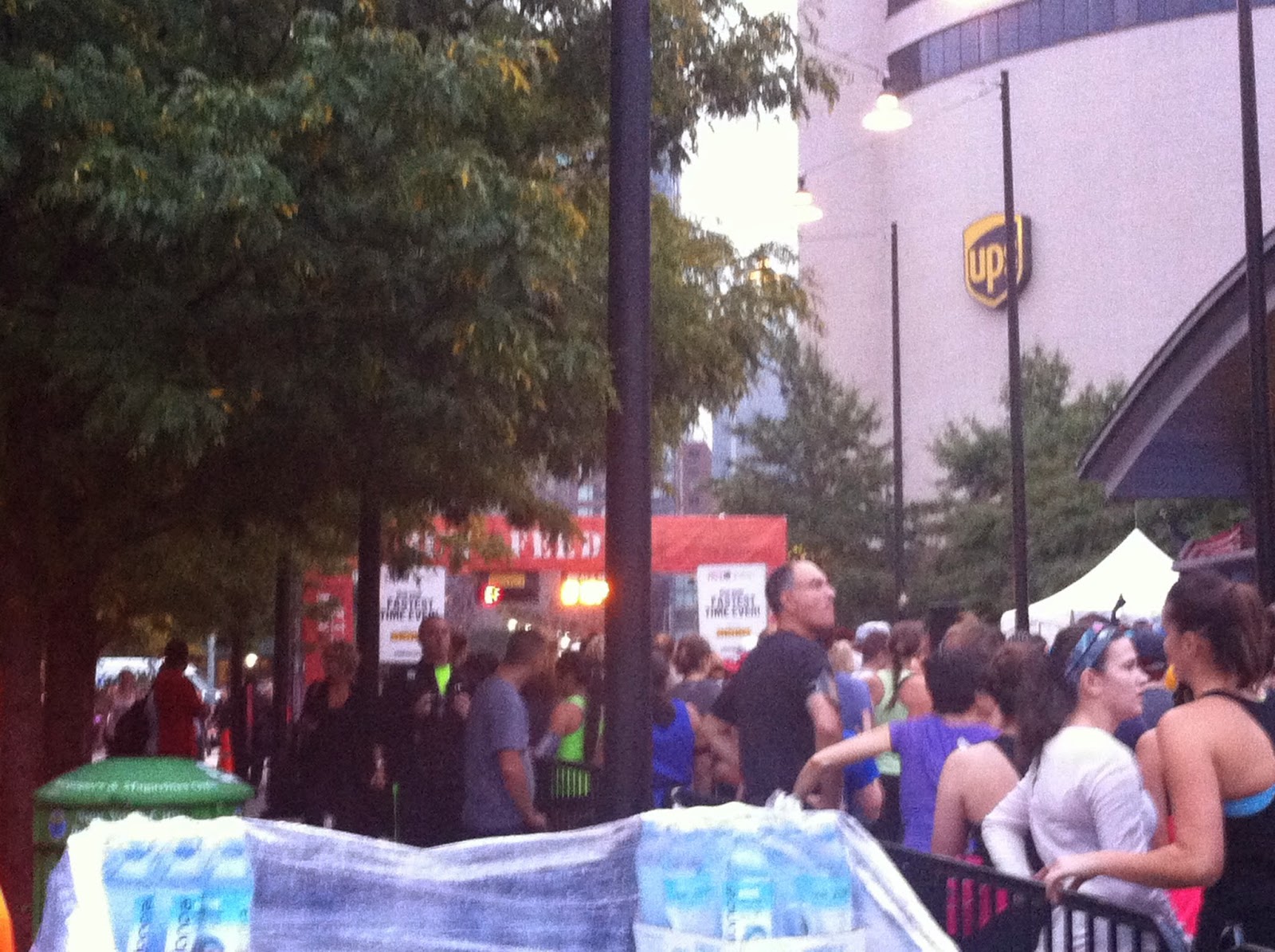 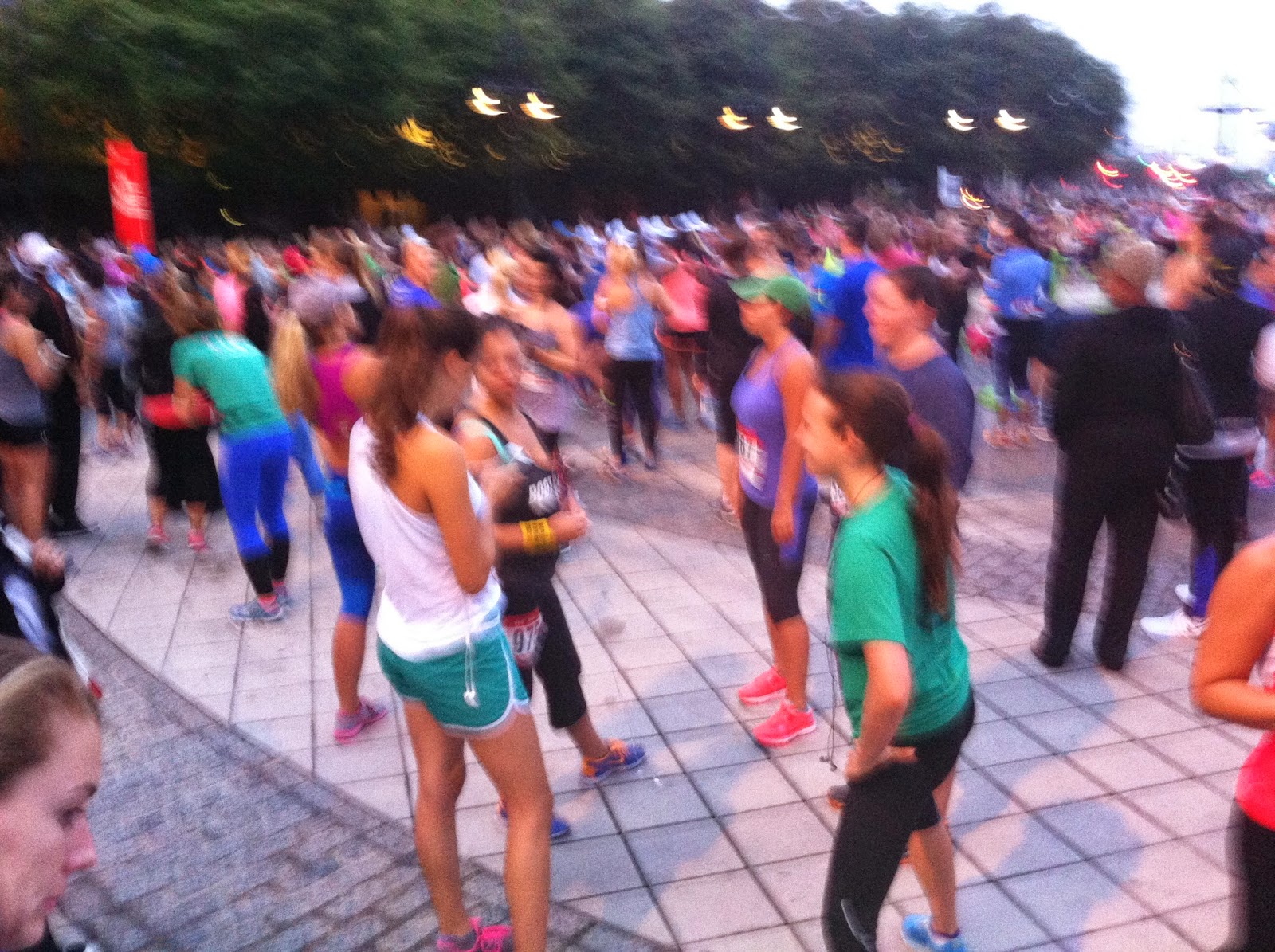 Then we were off! This was my first race post- MORE/Fitness half and sleeping/health issues so it was really a test to see where I was at. If you didn't know, I'm also running the Staten Island half this weekend. 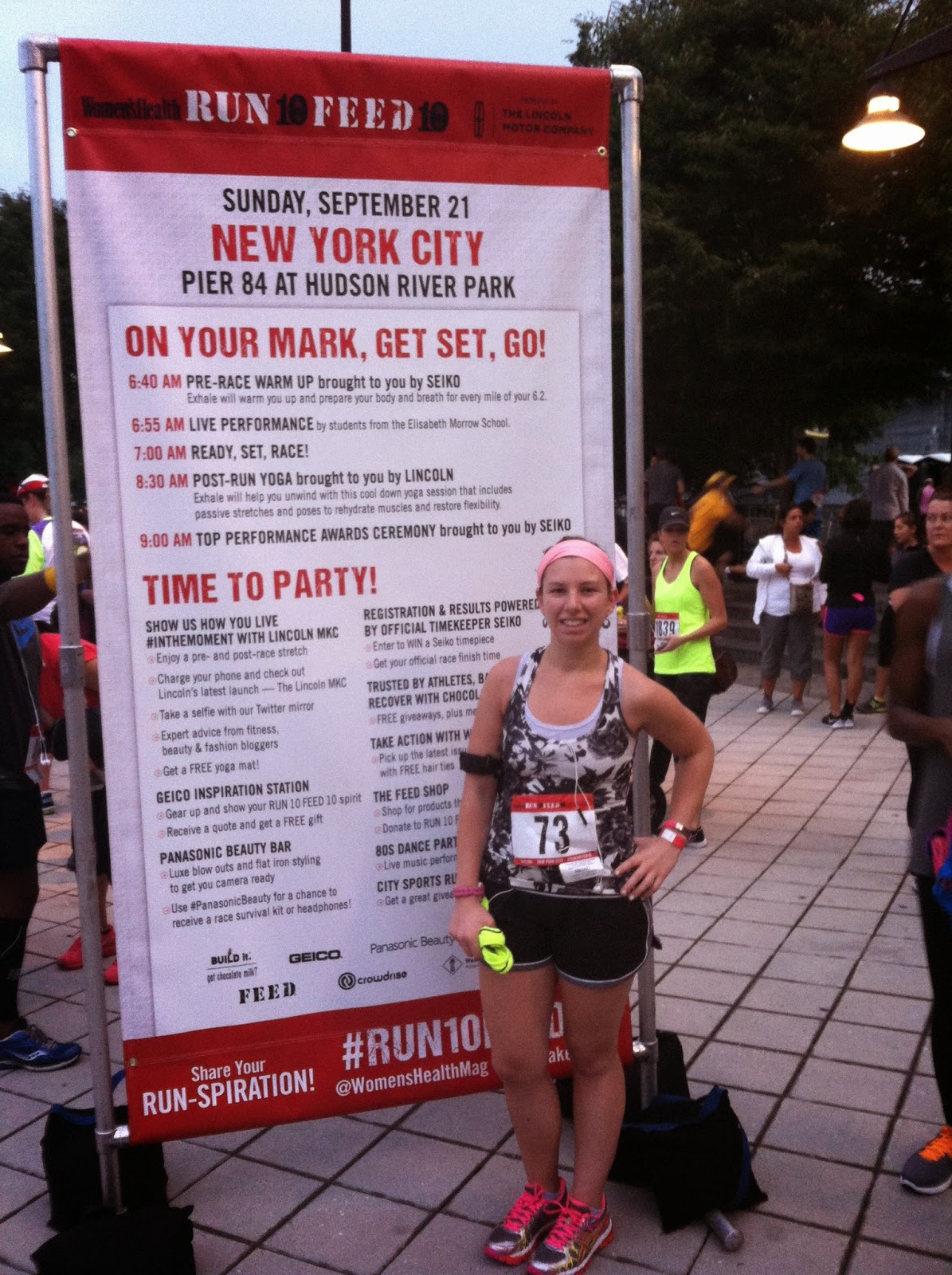 Anyway, the humidity was insane and that may have been a big reason as to why right after mile 2 I just didn't want to do it anymore. But I pushed on because I was not taking a DNF in one of my favorite races. I grabbed some water at mile 4 and carried on. Once I saw mile 5 I thought I sped up. According to my Garmin friend, I did not. When I first looked at the clock when I finished, I was pleased. It said something about 56 minutes. 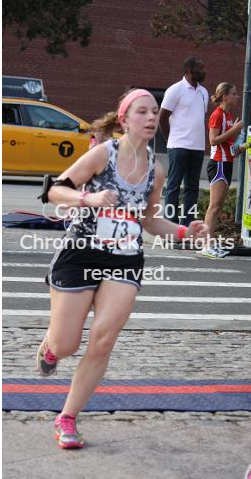 I went back to the VIP tent to grab my backpack and some food. I took some photos on the step and repeat and got to talk to Jen Ator, the fitness director for Women's Health. 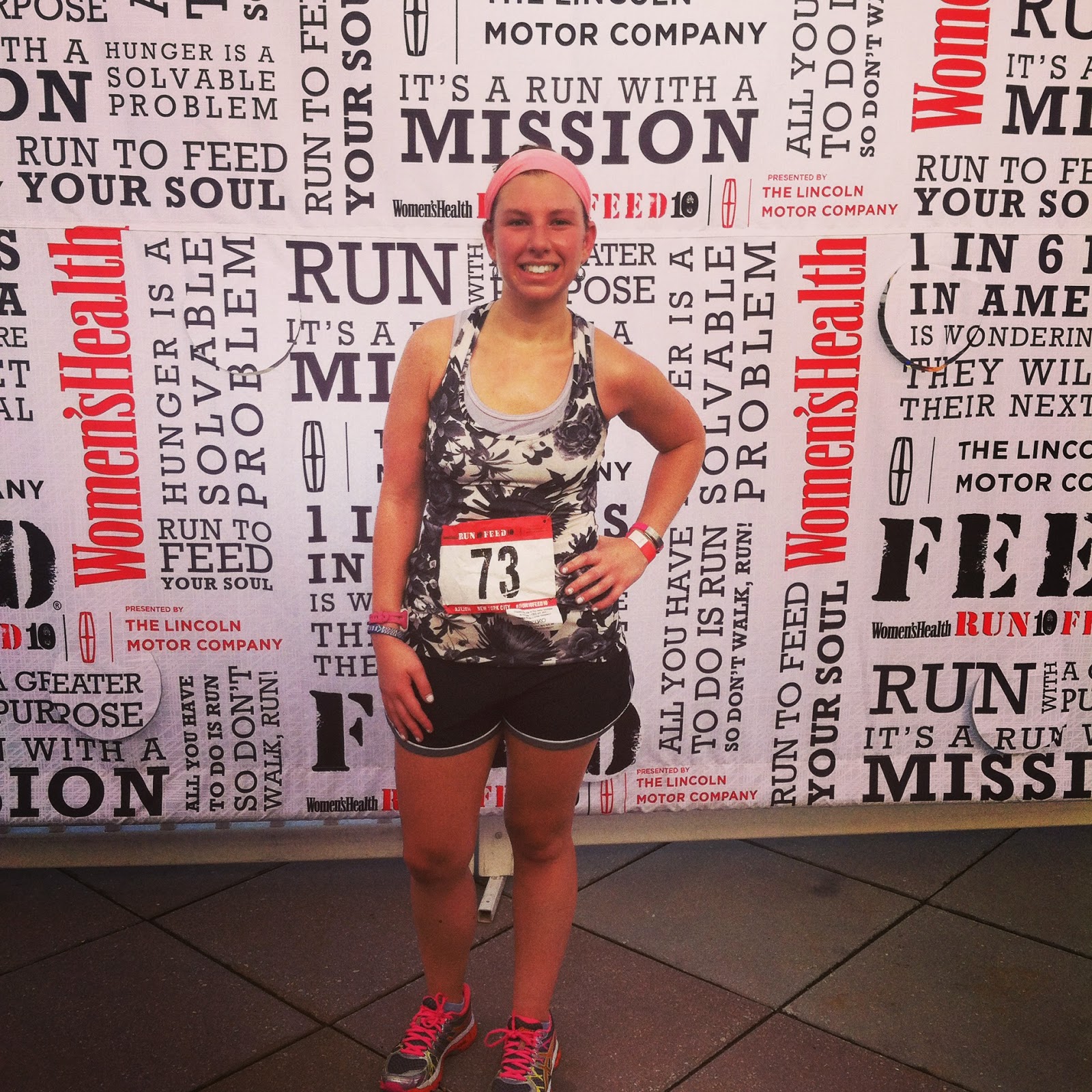 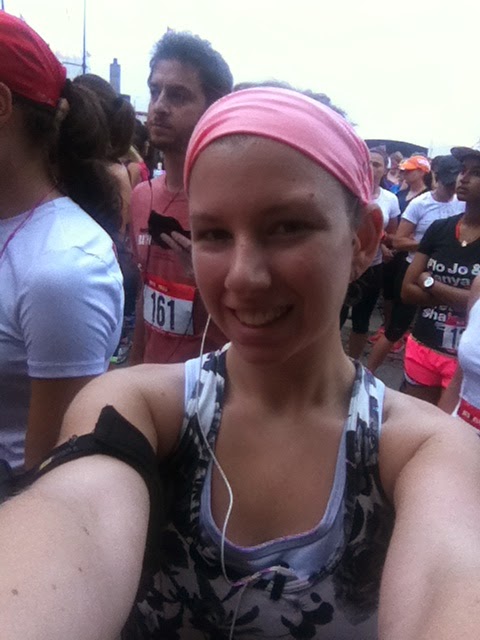 Then, I went around to the booths, including the Seiko tent where you could check you final time. Low and behold, that 56:40 was a PR! Although I first had to go through my photos from last year to confirm that. 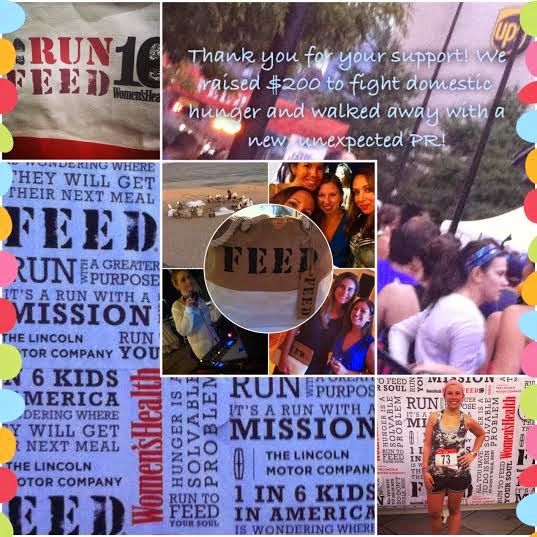 Then I got a nice post-race stretch from NY Sports Med. All in all, it was another great race by Women's Health and The Feed Foundation.

Xo,
Lynette
Posted by Lynette at 7:00 AM