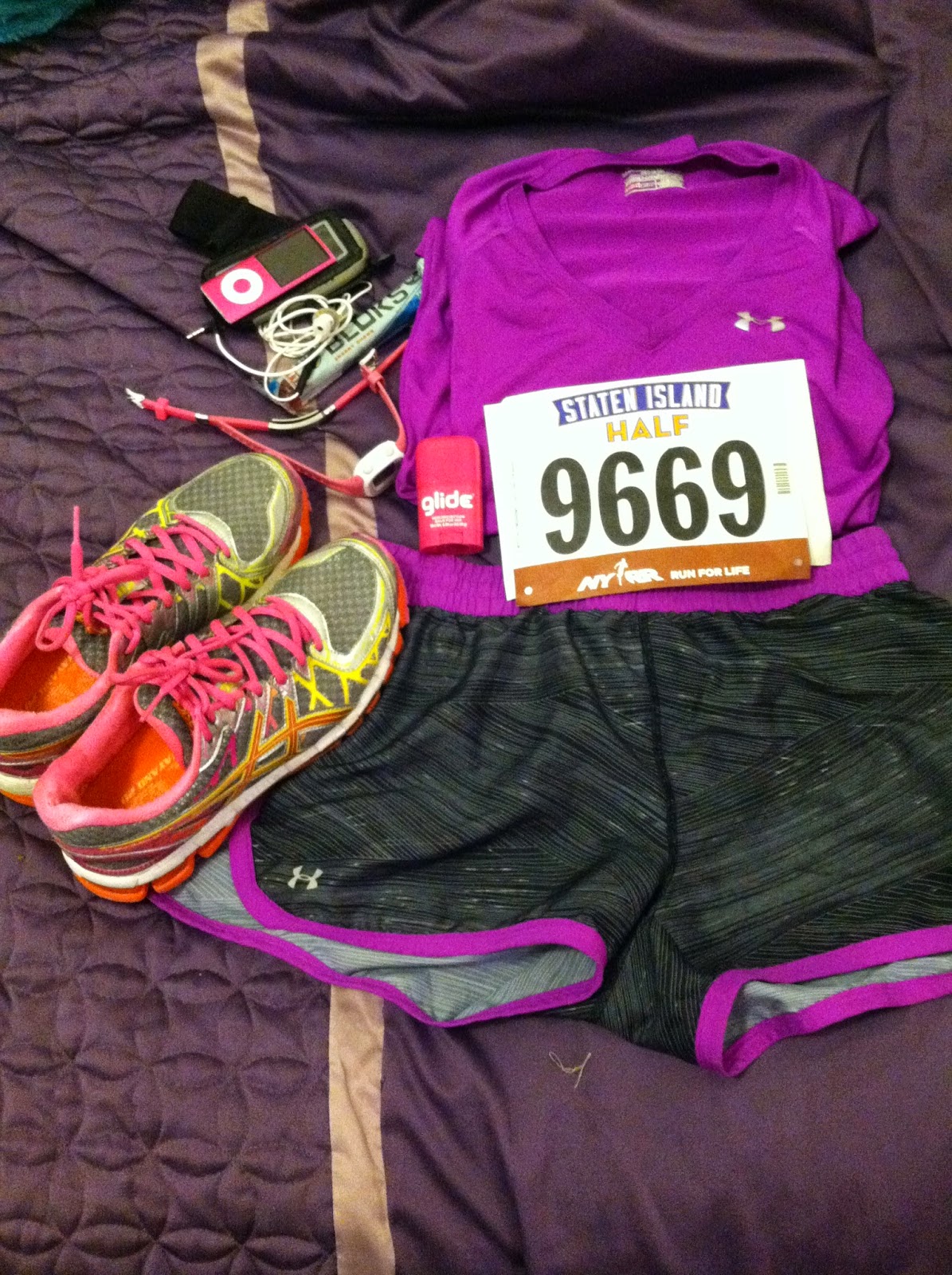 It's been almost 2 weeks since I pretty much ran the race of my life. No, it wasn't that fast and no, I certainly didn't break any records. But after many months of hating running, health/sleeping problems and some life changes, I ran one of the strongest races I have ever run (sans 3 torturous miles. But really, what's 3 out of 13?).

I started the day super early at 4:30ish. I didn't have any bagels or bananas on hand-my usual pre-race snack- so I had 1 and 3/4 pieces of toast with peanut butter and a large glass of water. I hung out around the apartment, got dressed and triple checked I had everything I needed. Made sure I was all Body Glide-ed up and called myself an Uber. My nice driver decided he wanted to drive to me to Staten Island- never again. SO expensive. BUT it did save me from the coldness of sitting/waiting down by the ferry. So it's was a win/lose situation. 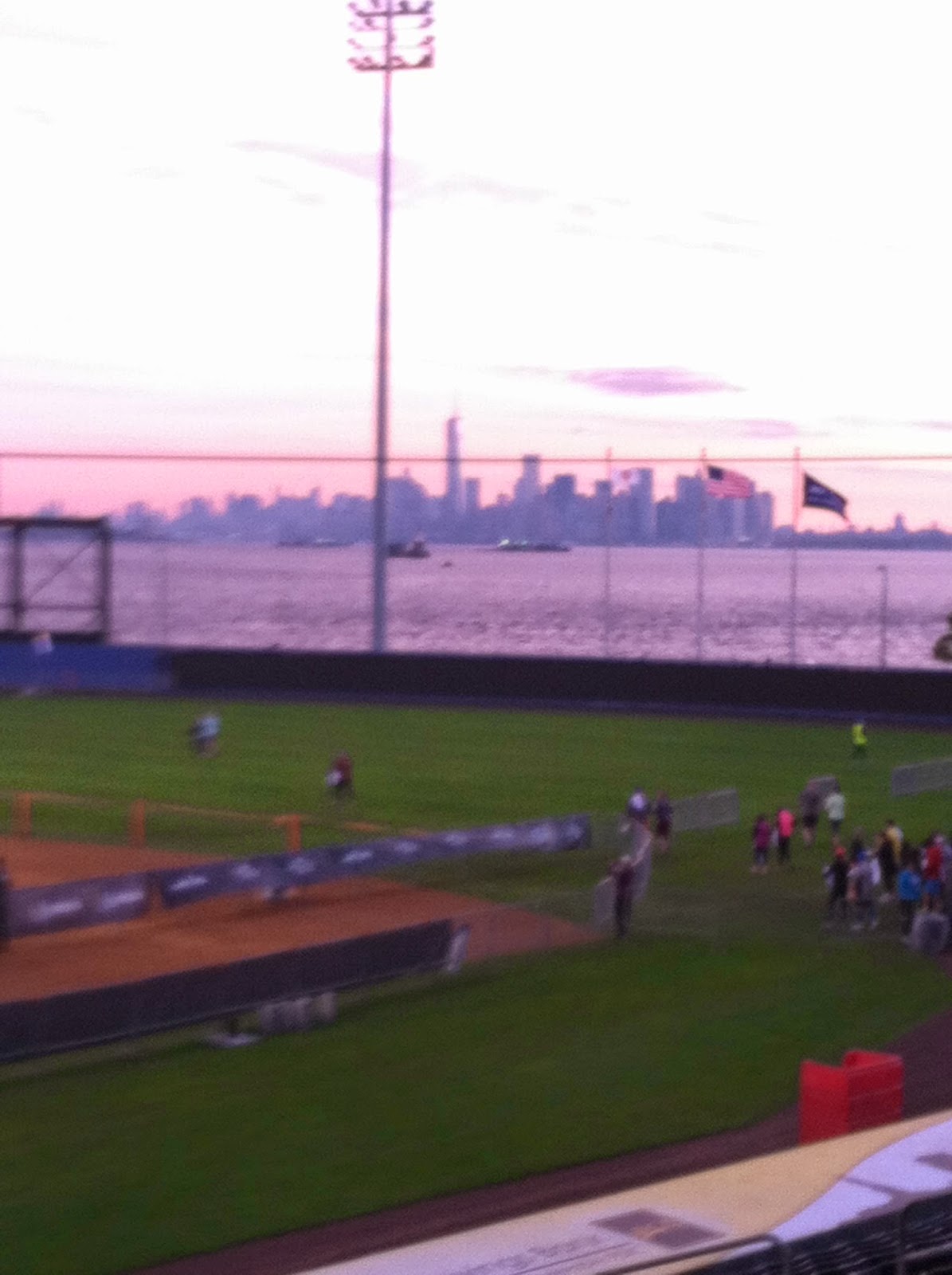 Once I arrived I hit the bathroom (no line!) and hung out in the Staten Island Yankee stadium- where we were starting and finishing the race. At one point I noticed that the gift shop opened it's doors so I immediately made a beeline for that since it was SO cold out.

About half an hour before go time, I wanted to hit the bathroom once more but now the lines were enormous. A NYRR worker told us that the porta potties had no line and they were just over in the parking lot. A few of us went over and low and behold the lines are almost worse than the stadium. Fortunately it went quick and I was in my corral at least 5 minutes before we started. 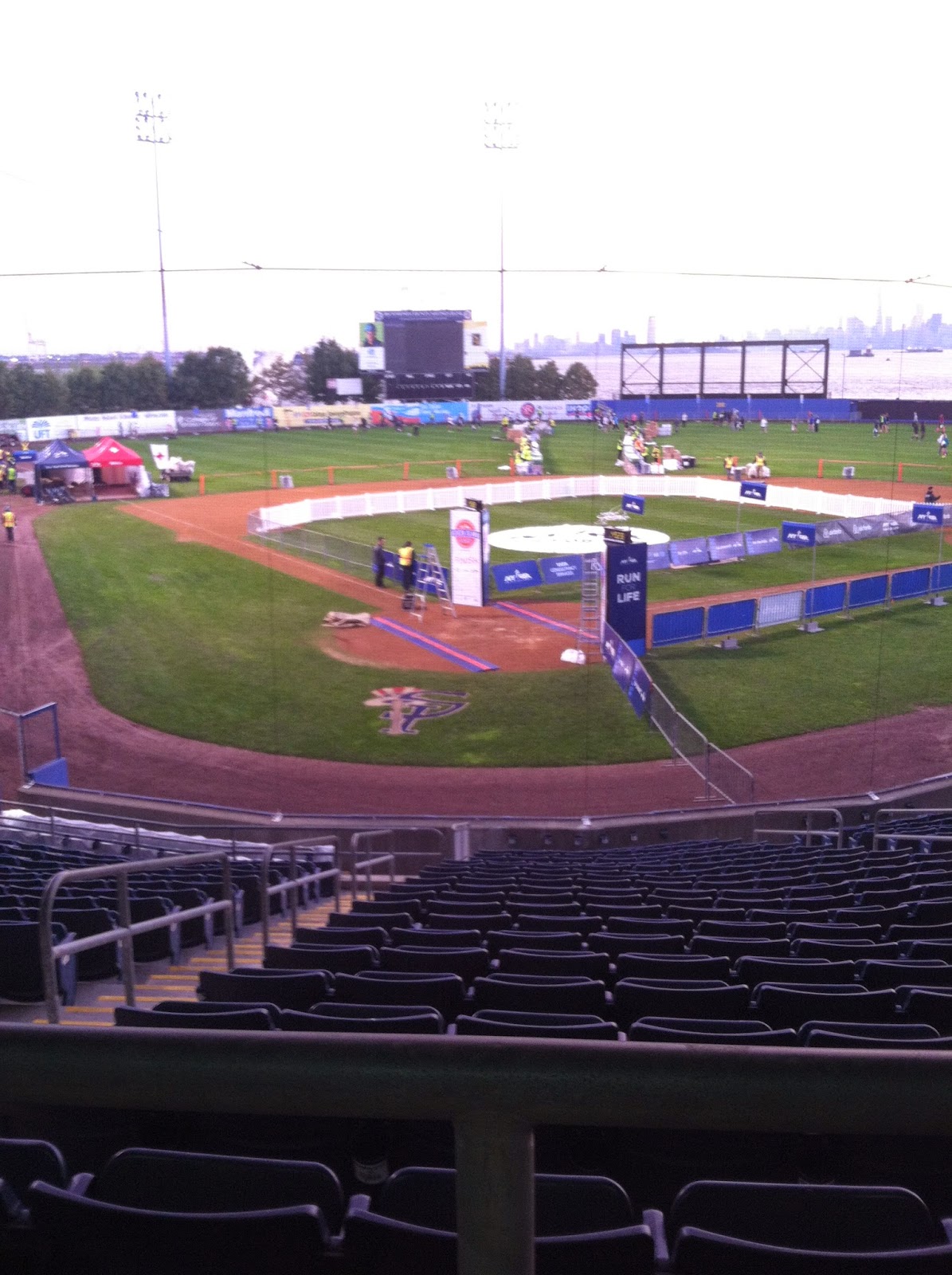 The first mile was slow and packed but once I got to break away, I found a groove that was a bit faster than anticipated. I noticed a few rolling hills but was OK. The 10K sign came up really quick and I was pleased with my time. I was a about a minute slower than my 10K race pace. Then we turned around (the course was an out and back). Mile 8 came and mile 9 just never did. I was bummed that I had hit a wall but once I found the mile marker, my spirits picked back up. There was another major hill at mile 11 and I swear I was ready to just fall over and DNF. The spectators were yelling there were no more hills but THEY LIED! There was one more. But then I looked at my watch and I realized we were almost done and I could have a nice little PR. 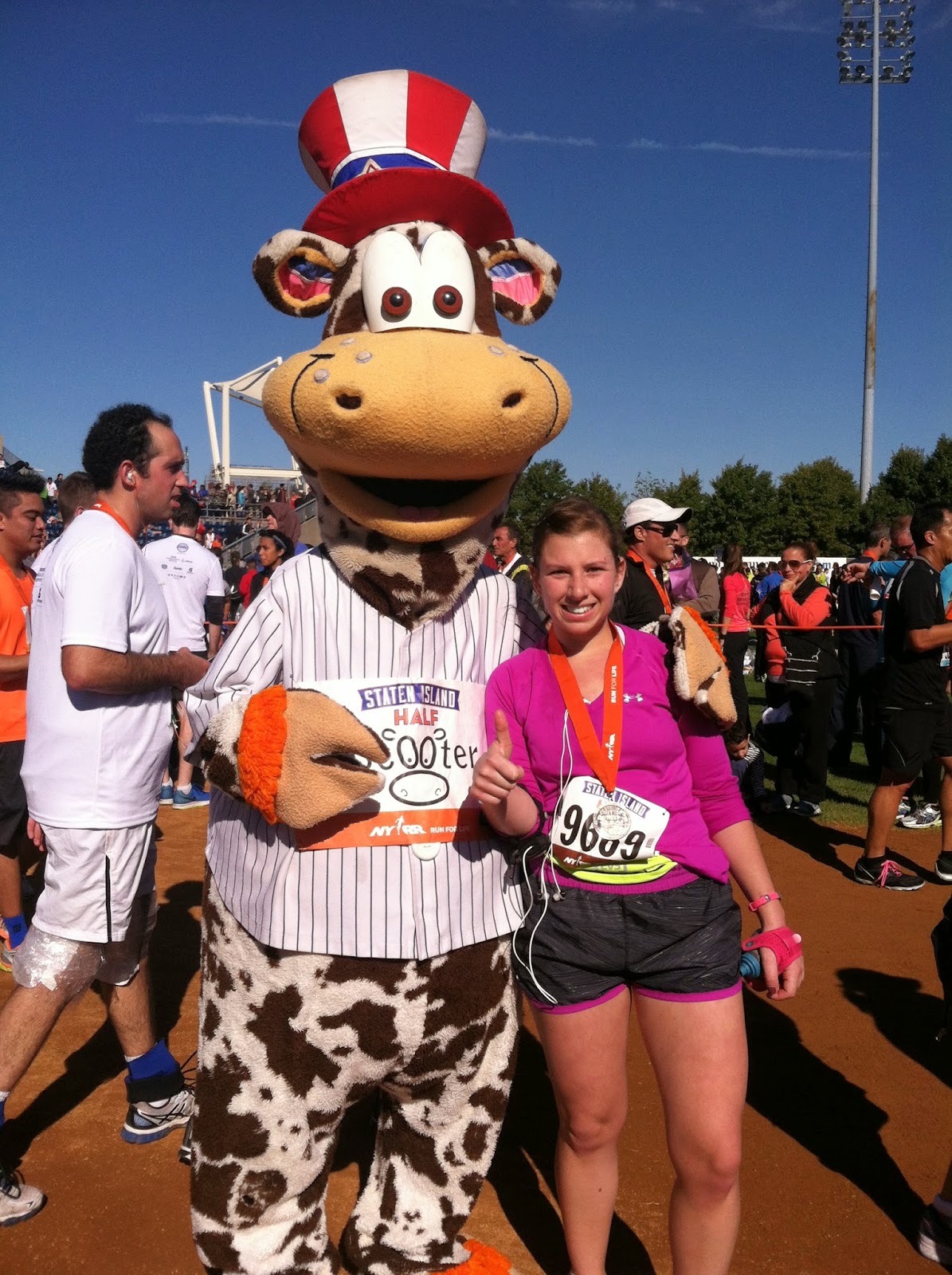 So I sprinted to the finish line which was on the baseball field and got a 2:01:13.

Overall, I felt strong, had a blast and killed it. I wish I had know about the hills beforehand but really, what was I gonna do eve if I did? 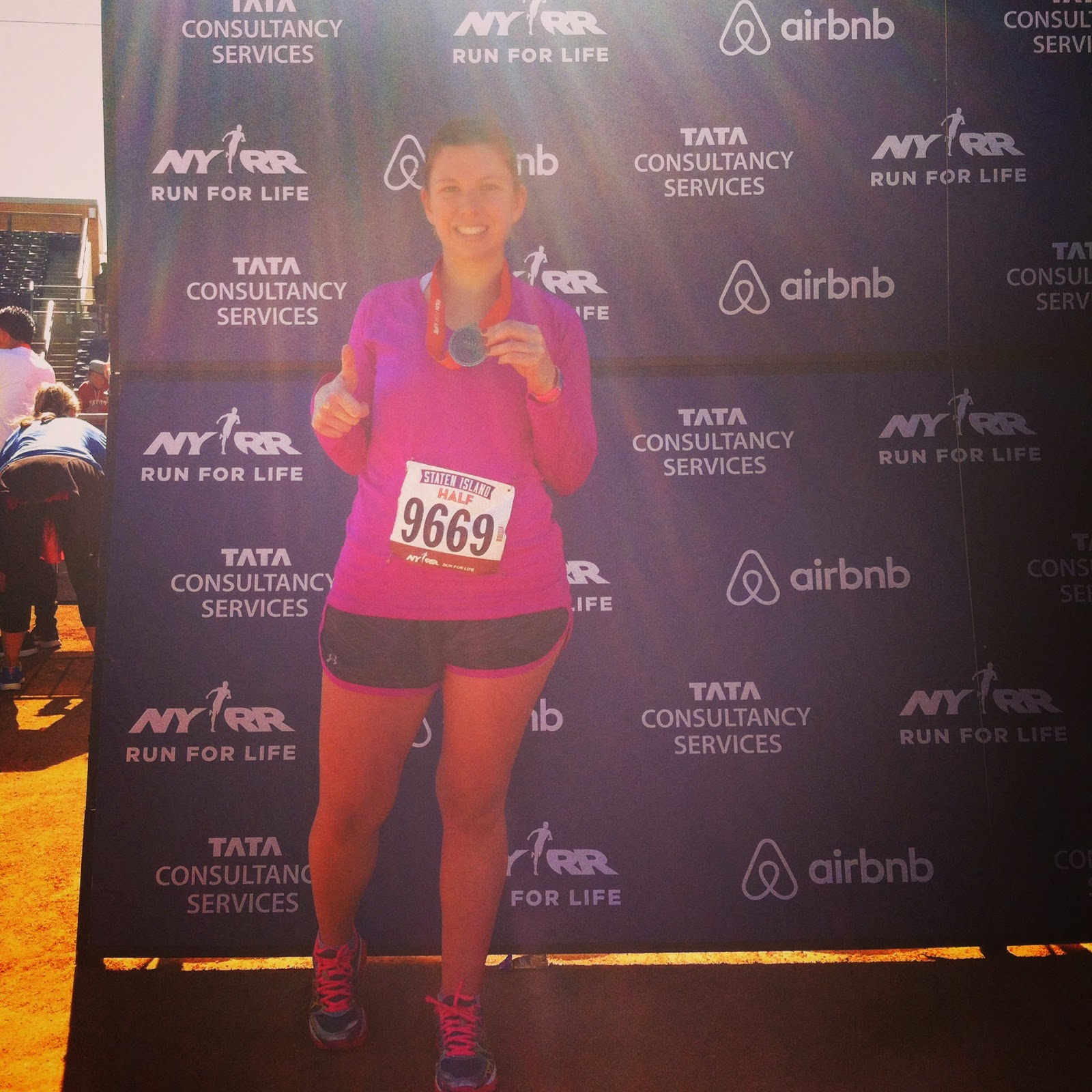 A few of the products that ensured I nailed it were my Body Glide, my beloved iPod filled with old school hip hop, and my trusty water bottle which I downed during the last mile.

Now, I'm having a relaxing and fun off season with all of the friends I told "I can't go out I have to run tomorrow."

*Disclaimer: Body Glide provided me product free of charge. All opinions are my own and I accepted NO compensation.
Posted by Lynette at 7:00 AM