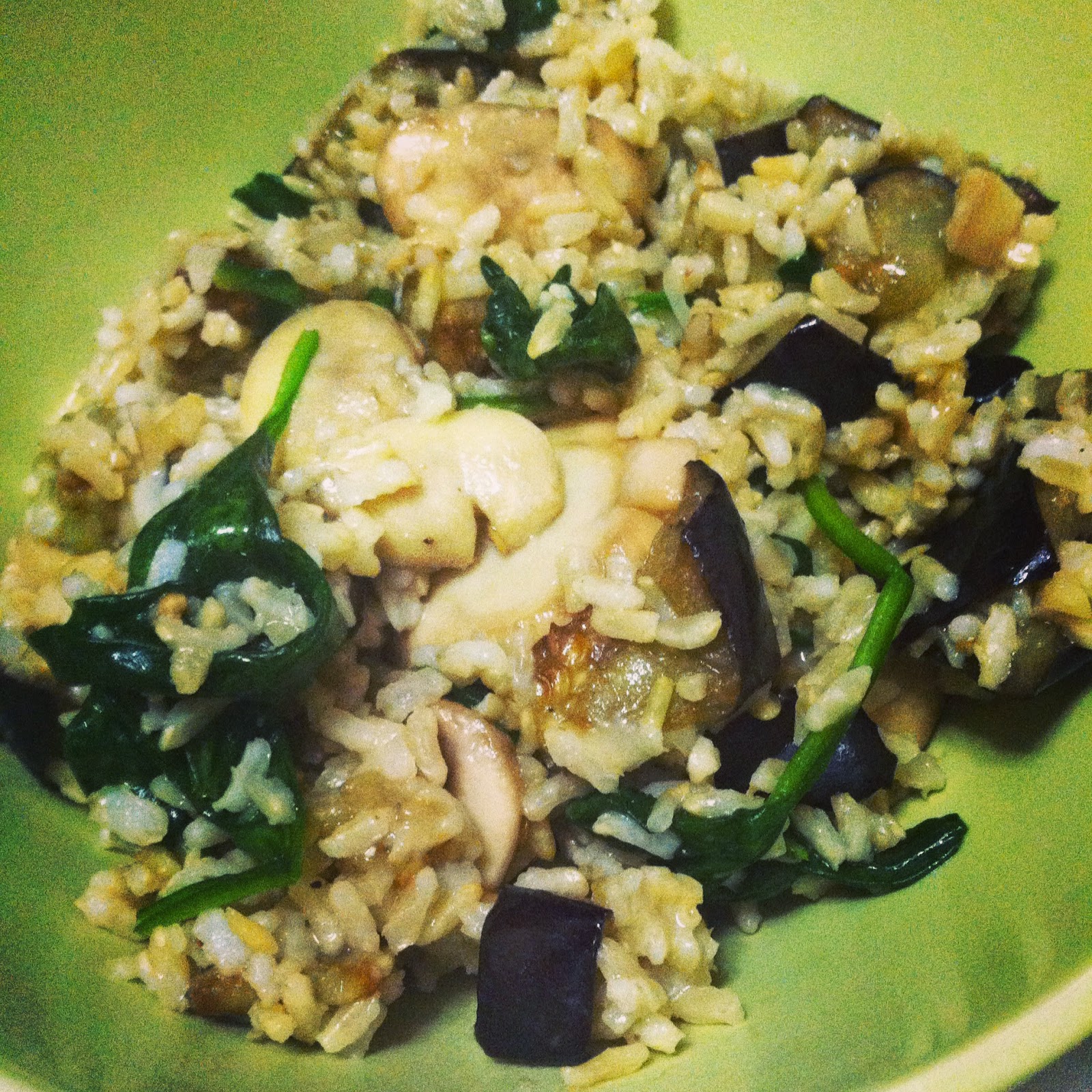 On my way home from work on Monday I stopped at the grocery store for some fresh produce since I already had snacks and protein in the house. I've been dying to make something with eggplant recently so I picked one up while I was there. I also had all intentions of making mini pizzas with them but of course I had no sauce so fail. In Pinterest I typed in "eggplant" and a bunch of recipes came up, including one for quinoa, spinach and eggplant. Score! I didn't have enough quinoa so I used brown rice. It only took about 30 minutes and it was so flavorful- perfect for those nights when you just need to throw something together!

This recipe was adapted from Julia's Album. 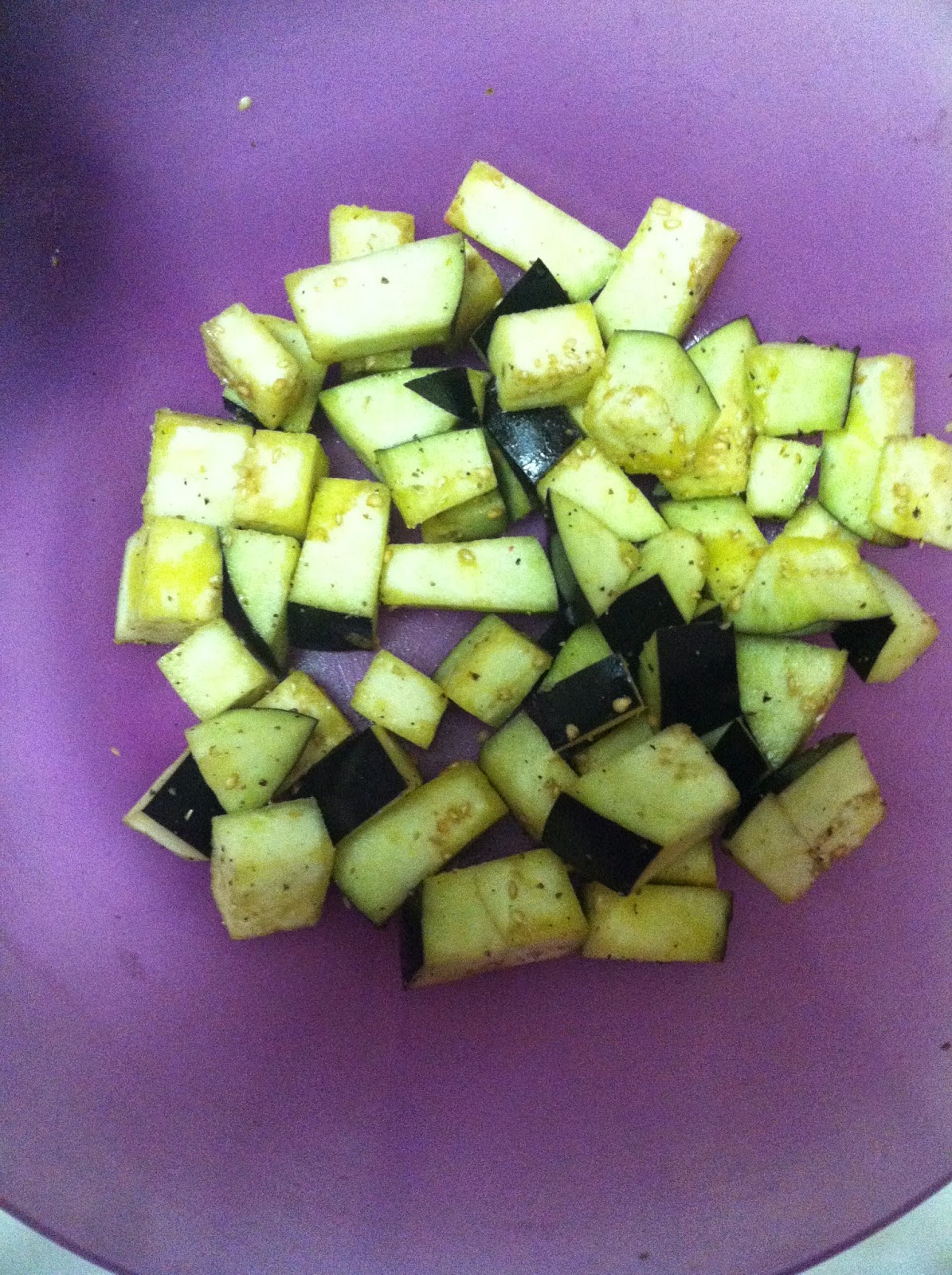 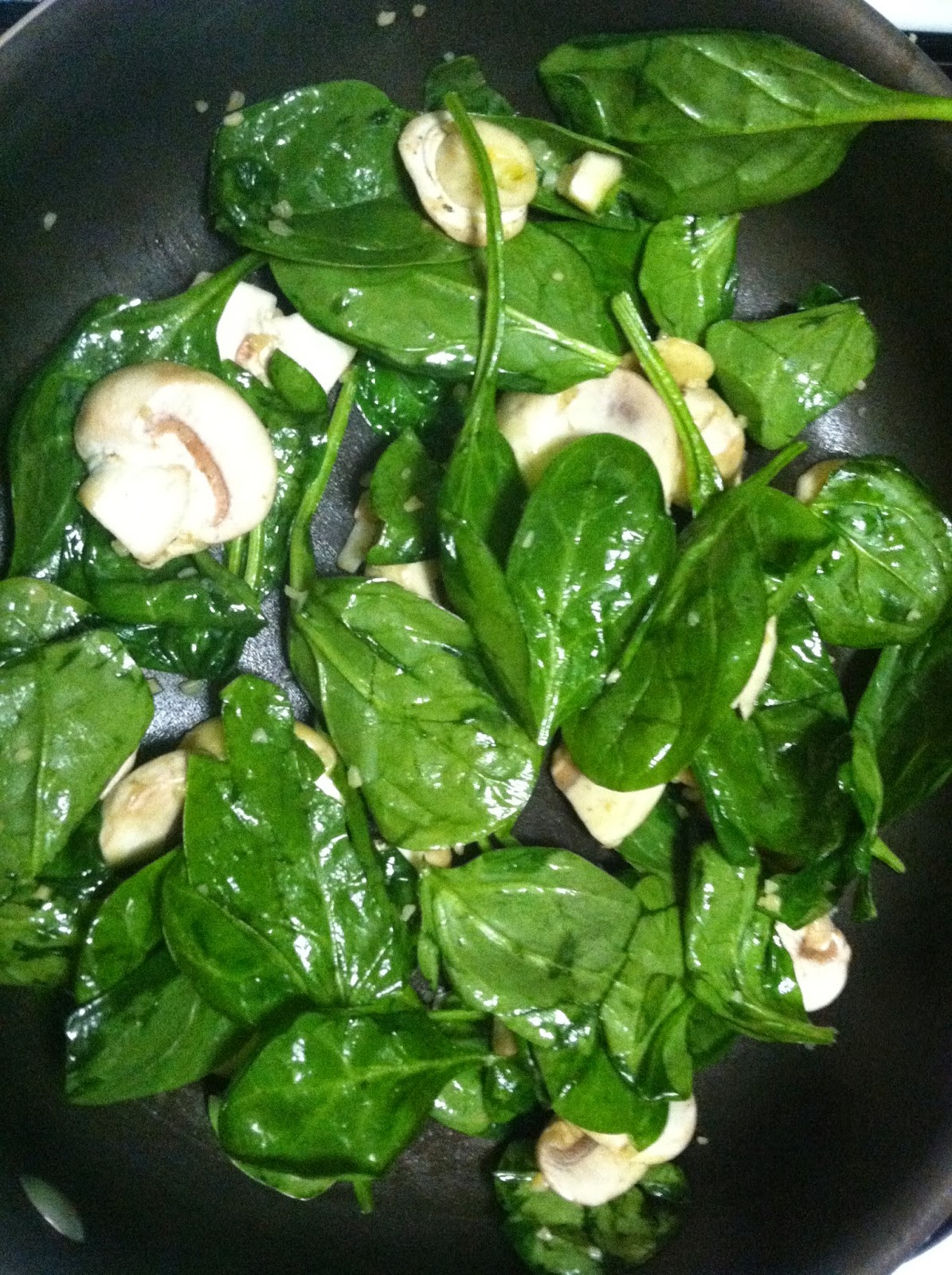 Once the eggplant is done, remove from the oven and immediately add to skillet with spinach and mushrooms. Add rice and mix well so the eggplant absorbs all of the flavors. 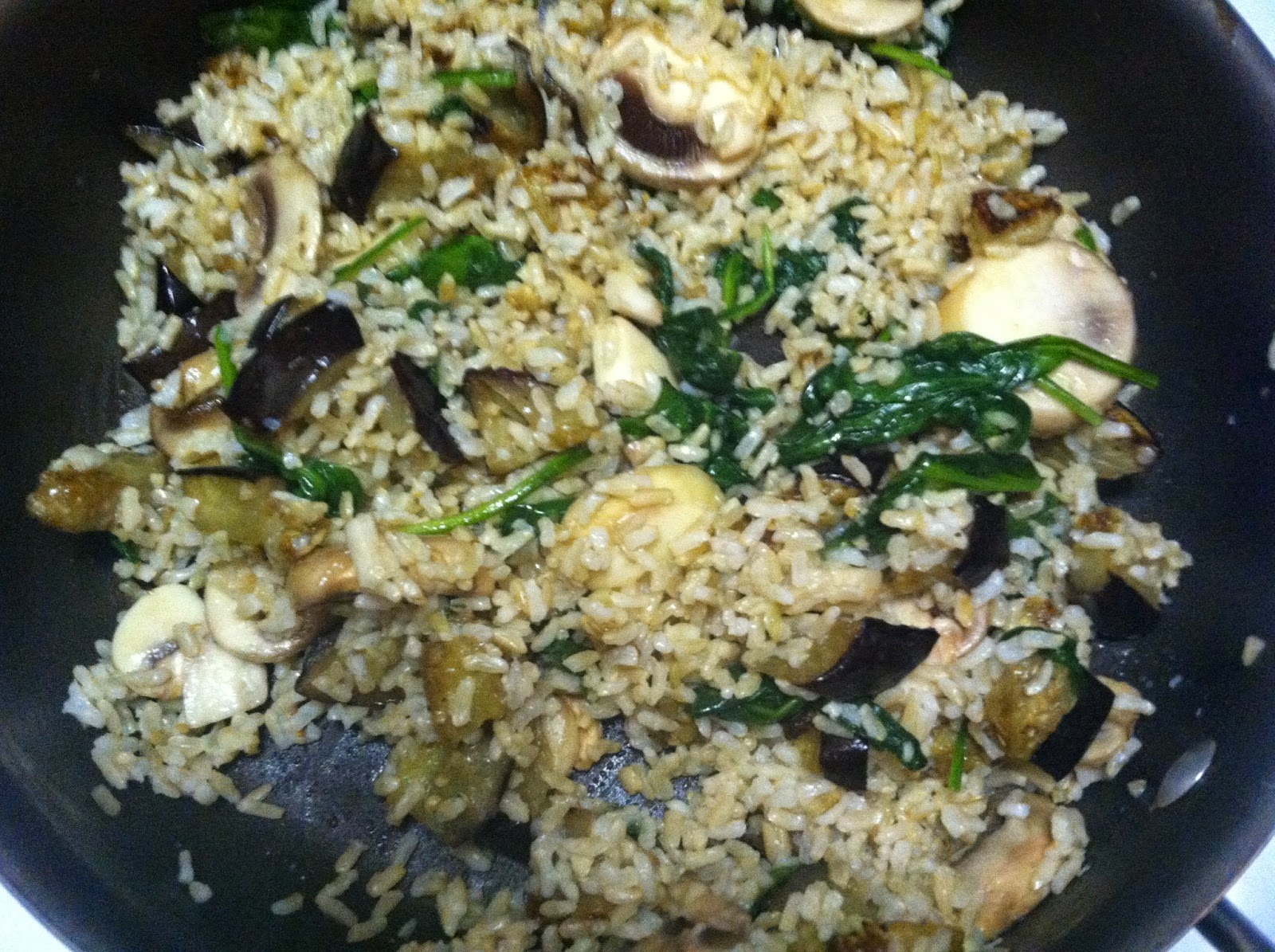 Top with Mozzarella cheese and serve!

What is your favorite eggplant recipe?