Hey friends, it's been awhile! Life got busy and fun and I can't wait to tell you about it. I'm going to try to keep this post as short as possible but I'm trying to fit in a month and a half of content! 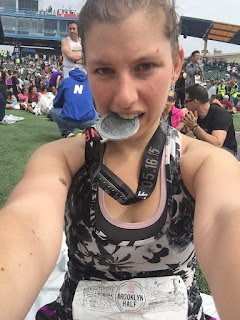 Obviously a Brookyn Half recap is out of the question so here's what you need to know. I didn't shit my pants, 2 bathroom stops, 2 med tent stops, a slow pace and an emotional finish. Lesson learned here? Don't go out the night before a race and eat/drink everything that you're not supposed to.


Before I went to Florida it was Memorial Day! I went to Long Island with Emma on that Sunday to show her around and get out of the city. We took the LIRR out and stopped to pick up food to BBQ before stopping my moms before the beach.After we said hi we headed to the beach with Anna, her boyfriend and his family. His mom happens to be my first grade teacher's assistant. Small world! After about 30 min we realized we were turning into icicles and headed to drinks with one of my guy friends Matt in town. Afterwards it was all about the food and booze. Sadly, we were only there for the day so we grabbed Anna and Chris and we all headed back on the train together. 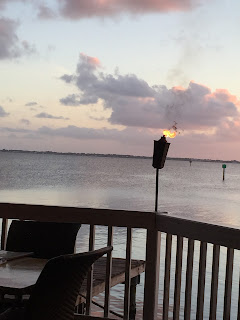 The next weekend was vacation! Cocoa might not be your typical vaca spot but it's mine and I have a house so who cares. All I talked about for so long was gong paddle boarding and it was a massive fail. I was not made for SUP in the ocean! Most of my extended weekend was spent eating and drinking with my sister and dad. We did go zip lining through a zoo and spend many hours at the beach. I'm really happy I finally went down. 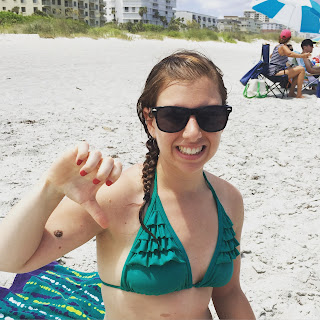 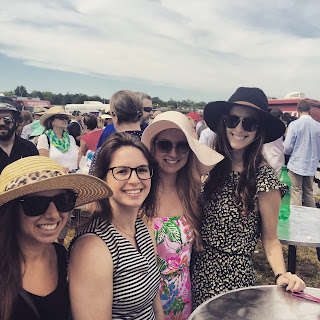 The first weekend in June was Belmont Stakes. Anna, Megan, Lauren, Chris, Brian and I headed to Long Island to watch the horsies race. We got to witness history because as you know it was a triple crown!! We spent a lot of time laughing and drinking then when we got back to the city headed to Chris' brothers bar in Harlem for some eats. 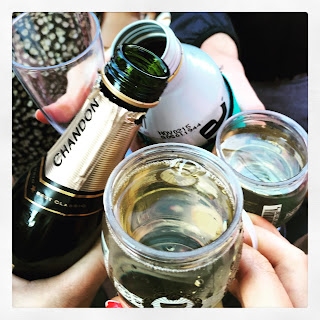 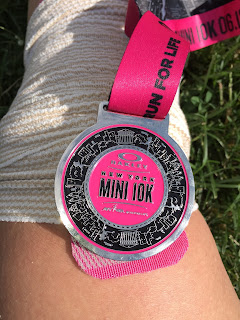 The Oakley Mini 10K was a rough one. To prep, I had taken a few Pilates classes through FitnessGlo. You can choose from a variety of classes then narrow it down by intensity and length. I performed as well as a felt that day- pretty shitty. My music didn't work, it was wicked hot and humid and all I wanted to do was DNF. But thanks to the 9+1 program that was not an option. I ended up doing some walking when a stranger runner waved me on and refused to let me walk. We finished together. I was happy that one was done. 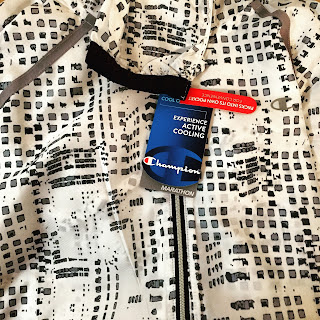 Next up was the Queens 10K. I received a wonderful rain coat from Champion (one of my favorite fitness brands and another post to come!) that I planned on wearing that day because it was supposed to pour. After a eventful commute (are the 7 trains EVER working properly?) and a mile run to the start I ended up having a nice race. I wore the rain coat then had to take it off due to humidity. So I had to be brave and run in just my sports bra. Nothing like a little motivation to get in shape! Afterwards it as brunch with The Rosales'. I went to Summer Solstice Yoga in Times Square that evening before grabbing dinner with Kendra and there is where I found the rain. We got drenched but it was fun anyway! 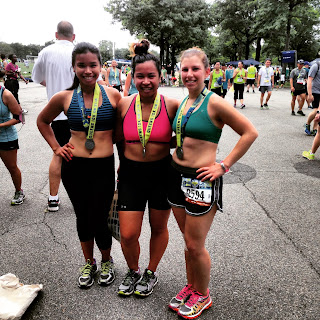 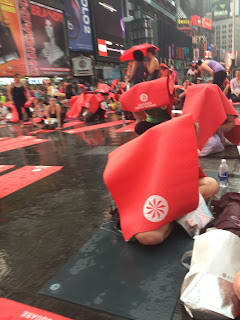 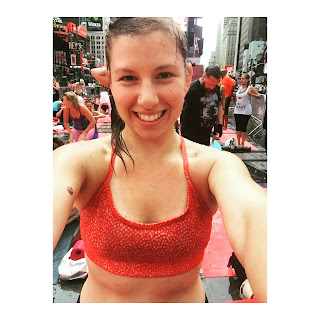 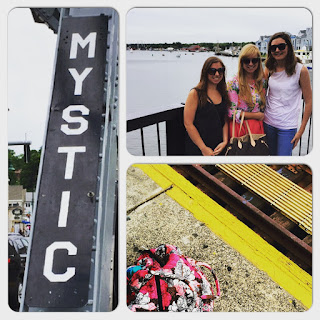 A few weeks ago Anna, Mallory and I had a girls weekend in Mystic, CT. I am in LOVE with that little town! It reminds me a bit of Montauk but smaller and cozier. We noshed on tons of seafood, saw lots of sights, got some homemade ice cream and had a little photoshoot.

For the 4th of July, Jane and I headed to her parents house in Poughkeepsie. We walked on the walkway above the Hudson river, went to New Paltz and had the BEST tacos ever, ate tons of BBQ, saw some fireworks, baked some muffins and had an overall great weekend away from the city.

Woo hoo! Congrats on reading all of that boring crap. Now that you're caught up, here's what's next. 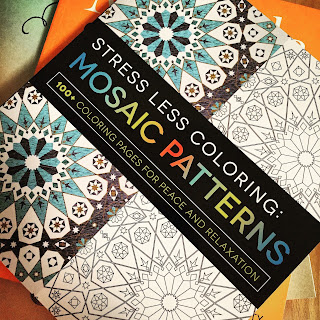 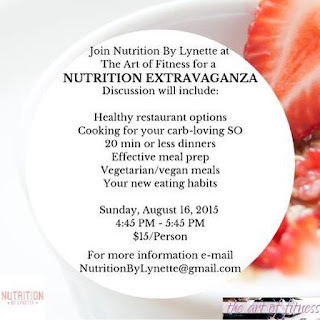 Can't wait for the rest of the summer and to start training for Redemption Island (the Staten Island Half)!