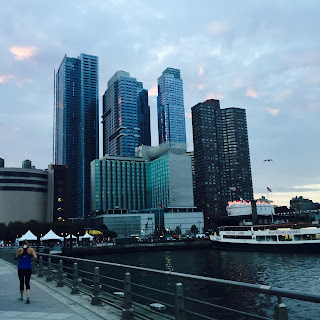 After a busy week I had an even busier weekend. On Saturday I went to Natural Products Expo East (will share my fav snacks in another post) and on Sunday I raced and yoga'd. 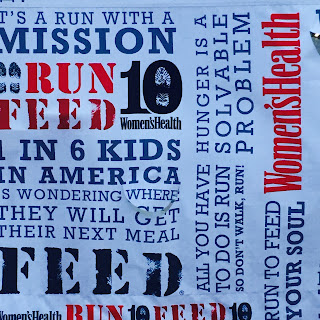 Originally the plan was to wake up Sunday morning and get to RUN10FEED10 by 6 am, run 3 miles, take a break and race the 10K. Guess what? That didn't happen. Between being exhausted and my legs extra heavy those extra miles weren't in the cards for me. So I got there at 6:30, hid my bag under a table in the tent I was assigned to, and went to line up. 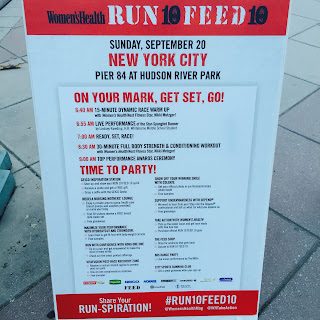 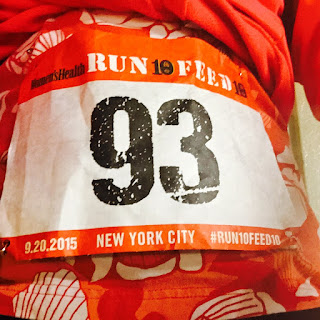 I missed the pre-race stretch and was actually nervous about this race for the first time ever. When we started, I knew to run straight out and get on the left because the shoot is so narrow and crowded. I ran a nice first mile and then it all went downhill from there. Not literally because there were some uphills :p

Legs got heavier, breathing got weirder and I just wanted it to be over.

When we fit to the halfway point, I received a nice surprise- they changed the route!

I had to fight but I finished in under an hour. Afterwards I headed back to the VIP tent for a post-race snack and coffee. 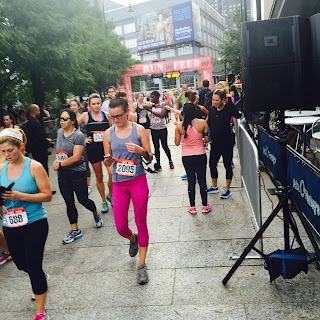 A huge shout out to Lindsey Benoit for putting on another wonderful event.

After the race I went home to take a nap and watch the Giants game. Then I headed downtown to do Sound Off Yoga at the Pier 6 Helipad. It was one of the coolest things I've ever done! 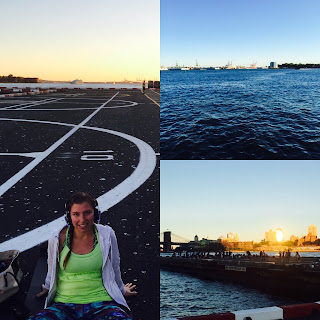 We arrived when it was still light out and we checked in and got a few beverages from the sponsors. Then we grabbed our Sound Off headphones and picked out spot on the helipad. The instructors and organizers advised us to get close to stay warm. Elena Brower and Jennifer Pansa led the amazing class. As it got darker, the atmosphere got even prettier! 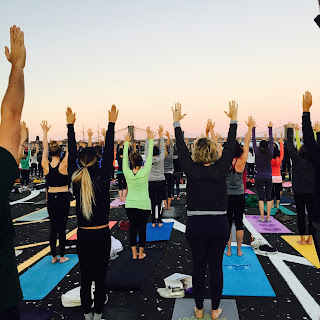 The bridge was lit up, everyone's headphones were blue and the Statue of Liberty was behind us. 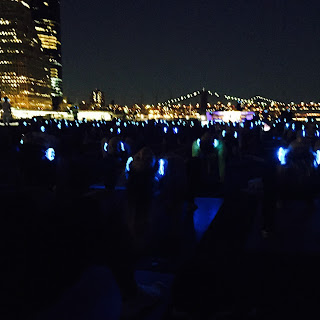 While they mostly hold these classes in Florida, they are quickly expanding to other cities. If you ever get a chance to take a class I highly recommend it. I don't think I've ever been so zenned out during a yoga class!