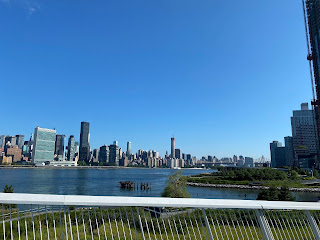 We've been couped up for over five months now and boy does this shit still stuck.
One of the things I've come to terms with is that despite the pain, sadness, anger, and grief that is still ever-present (and let's get real - none of it is ever going away), is that it's OK to smile just a teensy bit and enjoy a thing or two even when that's your new normal. The good thing is that even though those feelings are all alive and well, I"m way more coherent than I was a few months ago. That's a win, especially for my friends who want to have an actual adult conversation with me not completely in la la land. 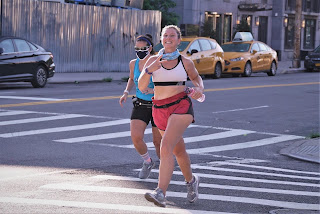 I've somehow occupied myself to the point of not having any me time for almost two weeks now, which was a welcome, half distraction. Except it was also filled with sixth senses and nightmares going off the charts. Babies, townhouses and another wedding, oh my!
I've also not accepted this whole recession thing which I suppose I better get used to. Wasn't experiencing one enough? Perhaps I should quit buying big-ticket items and stick to a cocktail or lunch. 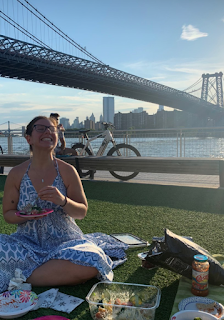 While I wish I could be like some humans out there living their best lives, I'm simply just trying to survive. There's no thriving, nothing excessive to celebrate and not much to call home about. Though I do call often because I'm so goddamn bored. 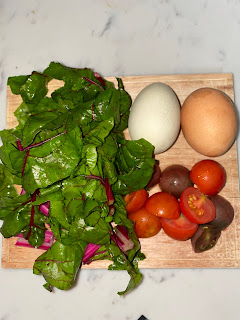 It's strange to go from having it all, to having a shitshow to clean up, by myself of course. Some days, I wish I could laugh the same way they are laughing at me. 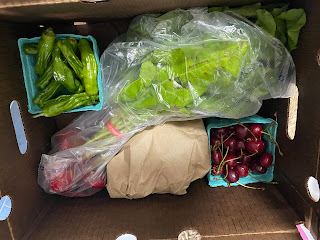 My CSA started and I'm having a blast trying to eat as many vegetables as I can in a week and trying new recipes though I'm still kind of over cooking. Also, Baby Bird is living in my BBQ now and will be getting evicted ASAP. 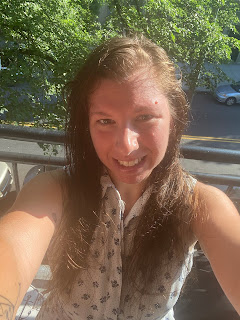 Also, if you haven't listened to the Dixie Chicks new album, Gaslighter, I highly recommend. It's 🔥.
For now, it's back to work and wine. And just trying to survive.
XO,
Lynette
Posted by Lynette at 3:39 PM No comments: 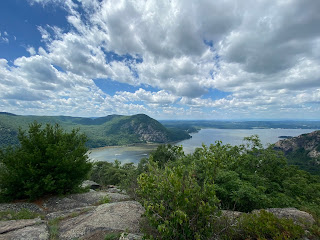 I know that Alice is not in wonderland. I know she is having a completely different experience than I did. The one that I thought I had and would have forever. 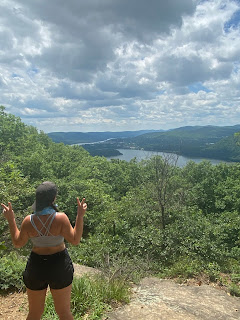 When I was at drinks with a friend the other night I was telling her about how Kalie Shorr's new album was giving me life, I wrote about it a few posts ago. There's a set of lyrics that reflect what gaslighting does and why, with NPD and BPD, you get this strange gut feeling that something is off, but you don't know what or why.

It's Sunday and I still can't pinpoint what's going on with me this week. Maybe it's knowing that I have no access to my therapist for another week. Or maybe it's just a setback. The waves of pain and sadness come and go. 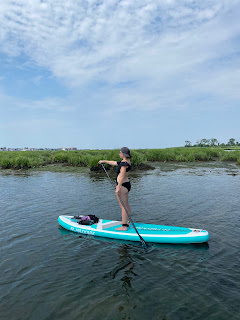 And it's especially sucky when those waves knock you down when you actually have a few things to be happy about and celebrate.

It's taken me over a year to realize that no, I wasn't losing my mind, no I wasn't the only girl (not just at the end, the whole time), yes there were lies, and I was wondering why because I had solid reasons to wonder why. And it's going to take me even longer to truly become a fraction of who I was and really make sense of how my life went from amazing to over. Maybe with my love of science, I can study the brain and try to come up with a medication that helps those who got targeted by NPD/BPD humans. Seriously, it changes the chemicals in your brain. 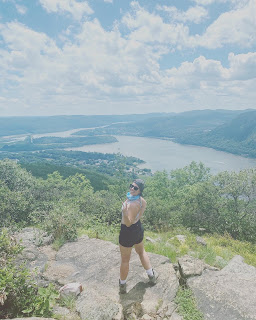 When I was hiking today I mentioned that it took me a long time to realize that I can be a girl, like sports and also wear dresses. I've always been one to play sports in a dress or run in heels because I can. When I was in 7th grade I was a super tomboy - I wore blue sneakers, blue track pants, and a blue long sleeve shirt on the first day of school. 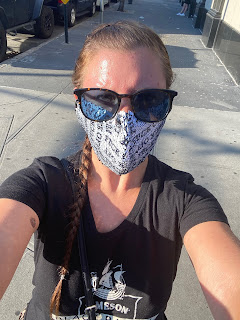 I've never fit in with a specific crowd and I've always embraced that and loved it because it meant I knew a lot of cool people. I enjoy beach sports, winter sports, hiking up a mountain, riding on motorcycles, and running, but I also enjoy wearing dresses and heels, playing the violin, baton twirling, lighting off fireworks, wineries but also breweries, tattoos, being unapologetic and all kinds of adventures. And guess fucking what? Contrary to one persons belief, I am allowed to enjoy all of those things simultaneously. And, girls aren't dirty because they had sex with someone or someones prior to you.

That's all for today.

XO,
Lynette
Posted by Lynette at 7:45 PM No comments:

My therapist is on vacation for the next two weeks so you're in for a real treat.

After speaking with my therapist, there's usually a solid 36-48 hours where you can get me in a good, giddy mood. I'm super positive, alert, productive, and if there's something you want to talk to me about that's important, that window is when to do it. Because I almost immediately revert back to my sad depressed self.

To be fair and honest, I've been having a shit week and my mind has wandered. Someone recently wrote a heartfelt comment on another post that a male she knew was going through the same thing as me and my heart really goes out to him. The ups and downs of the aftermath are brutal. It's such a painful thing. And all of your activities suffer - work, violin, running, etc. All the good stuff that I spend money on! 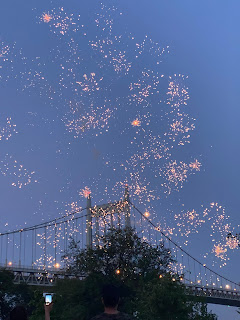 Yesterday, I had to cut a practice session short because my head was elsewhere. Why? Who the fuck knows. I wish I knew why my brain wanders when it does but my brain got hijacked by a borderline narcissist who thinks what he did is hilarious. I'm sure it's super funny to watch one of the strongest, independent, loyal girls completely collapse and be a shell of herself. She's also thrilled about this.

Quarantine seems like it's never going to end which is beyond frustrating to me. Mainly because there's no past material out there on how to make it through a pandemic, alone, while attempting to recover from being cheated on, gaslighted, blah blah read my past posts. Turns out, none of this is normal. Yay, go me! 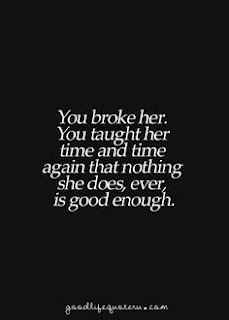 Something to remember, whether you are a friend of someone who has or is dealing with this, or is the person going through this, is that this is not just another heartbreak. We were tricked into forgetting who we were, how strong we were, the things we were good at, the things we liked, we were stolen from. It's more than an attack on our hearts, it was our souls. Someone saw the goodness in us and said fuck that, if I hate me, I'm going to make them hate themselves too. Then, I'm going to find someone else, leave unexpectedly almost two years in, and they'll never see it coming and I'll never tell them anything.

Telling someone you hate their nose ring months after you're together and said I love you, when that person had that nose ring when they met you, isn't OK. The same with earrings or tattoos. Girls are not dirty because they had a past before you. And judging them on that past says more about you than it says about her. 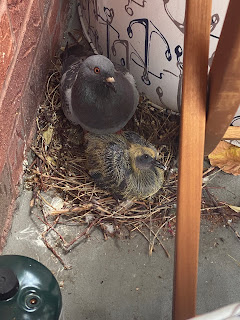 I don't know what's in the air this week, but I am a mood. And it's shitty that there are still so many more days like this.

Practicing, running, work and SUPing doesn't stop because I hate myself and life. Even if I'm performing none of those things well.

Thank You For Your Cooperation

Though my drunken mishaps may get me in trouble sometimes, they solved a problem I've had since January. 'Big Brother' is no longer watching and I appreciate that, so thanks for your cooperation. I'm glad me drinking too much, not the fact that I've written 10 blog posts asking you to stop, got through.

It's lifted a small weight off of my shoulders (yay).

This week, I got a minor distraction from my life and sadness from excitement on my balcony. It's been the most exhilarating thing that's happened this entire quarantine.

I have a baby bird! 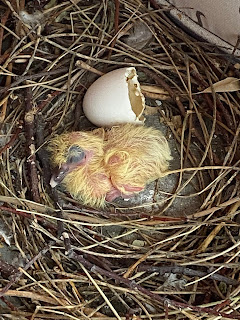 Being I'm terrified of birds, it's only natural the pigeon decided my home would also be a great place to raise its baby.

I've been waiting for this thing to hatch for over three weeks. Yes, it looks like a piece of raw chicken but she's so so cute! She even tries to stand up and flap her wings. And she can't yet so it's that much more adorable. 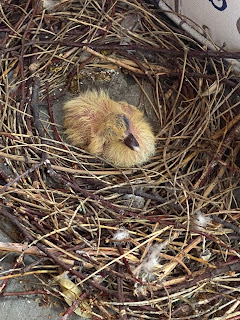 They say they baby pigeons will stay in the nest for about a month before they leave so I am super excited to see it learn how to walk and fly. My mom said they usually don't lay eggs near humans and I'm one of the lucky ones to have gotten them on my balcony. Sure, lucky. Not terrifying at all. My dad insists the bird is a narcissist because apparently, I attract them. THANKS PARENTS. 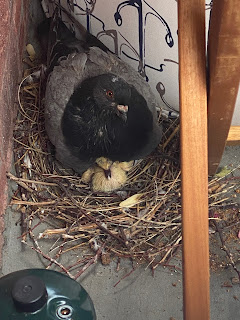 Baby Bird's parents are often here sitting on her. Her mom is named Go Away, and don't respond to her name, but baby bird's dad occasionally comes and he's scared of me to peaces out when I ask him.

So in conclusion, I have a baby bird that distracted me from writing a depressing post this week and 'big brother' stopped looking at me. What a week!

Posted by Lynette at 9:44 PM No comments: